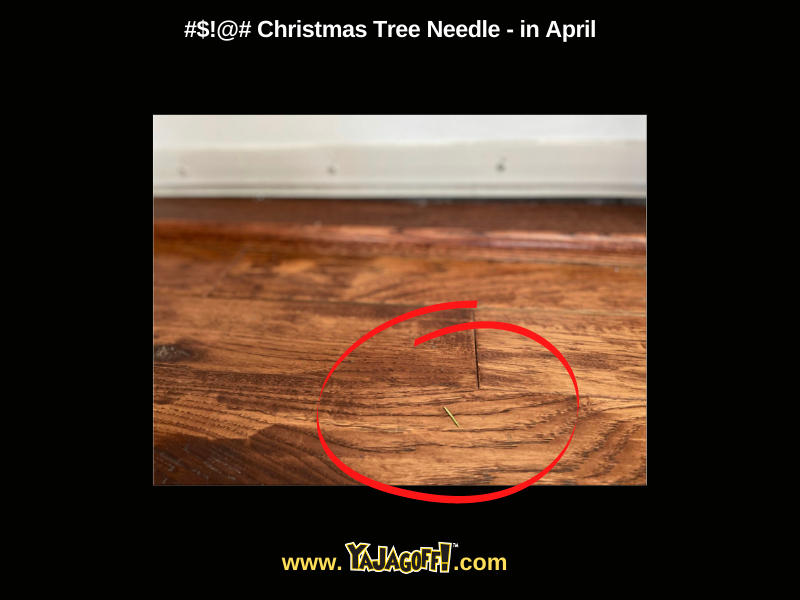 “Get a real tree,” they say.  “It’s not Christmas if you don’t get a real tree,” they say. But, are THEY around to take the dead tree out of the house and clean up the needles so that, in April, one doesn’t randomly poke through my sock into the head of my big toe? Who is THEY anyway.. other than the group of fake people that others use to make their points or to relay a drama story? They.. they WHO?  Name them!

Well, THEY, I love Christmas just like the next person but, I am finding pine needles in the nooks and crannies of my house, and, somehow, they randomly jump out into the middle of the floor or on to the middle of a rug. So, the fake tree thing is starting to become more real this week.

Hey THEY.. you fake group of peer pressure people, be quiet next year when I am deciding on a real Christmas tree or fake one. Unless, you all.. how ever many of you there really are, want to come clean my house and rid the place of sneaky, hidden pine needles, Ya Jagoffs!