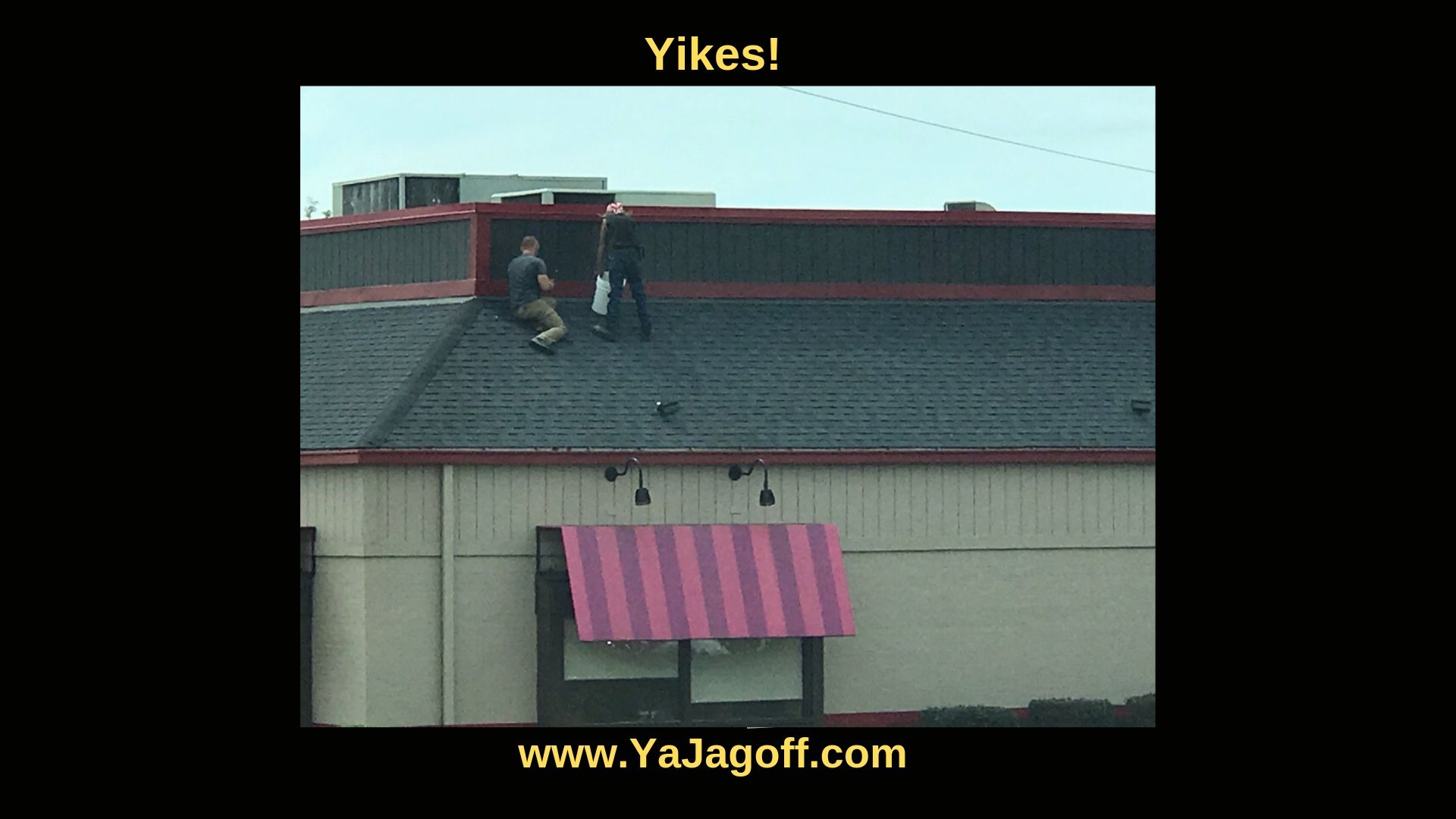 Would this glaring no no be such a no no if it didn’t just happen the day after Labor Day?  I mean it is the unofficial end to summer, the day a lot of pools get used one last time, but it is really the celebration of union movements and the progression of our union policies.  Then we see this….YIKES!

Close your eyes members of the Roofers, Carpenters and Labor Unions.  But not just them—anyone driving down route 19 over the Labor Day weekend should not have seen the two men with no safety equipment, no ladder, not even a hard hat.  I mean it was like two random customers finished up their weekend shopping at the Wal Mart, stopped at this local eating establishment and heard the news that something was wrong with the roof.  So, good ol’ Chuck and Larry volunteered to hit the side of the roof and fix whatever was wrong.  I mean street clothes and a couple of tools and there ya have it…qualified!

No!  one slip and then what? In fact, at one time while sitting at the light on 19 in disbelief that these dudes were up ‘ehr, one used the tool in hand to scratch his back while fixing the roof issue.   Get it together.  Whatever the roof sitch was, it could be repaired properly and with the right peeps, the right equipment, safety precautions…maybe Chuck and Larry were repairmen, but they were not prepped.  Nothing safety!  And the day after Labor Day, ya jagoffs!