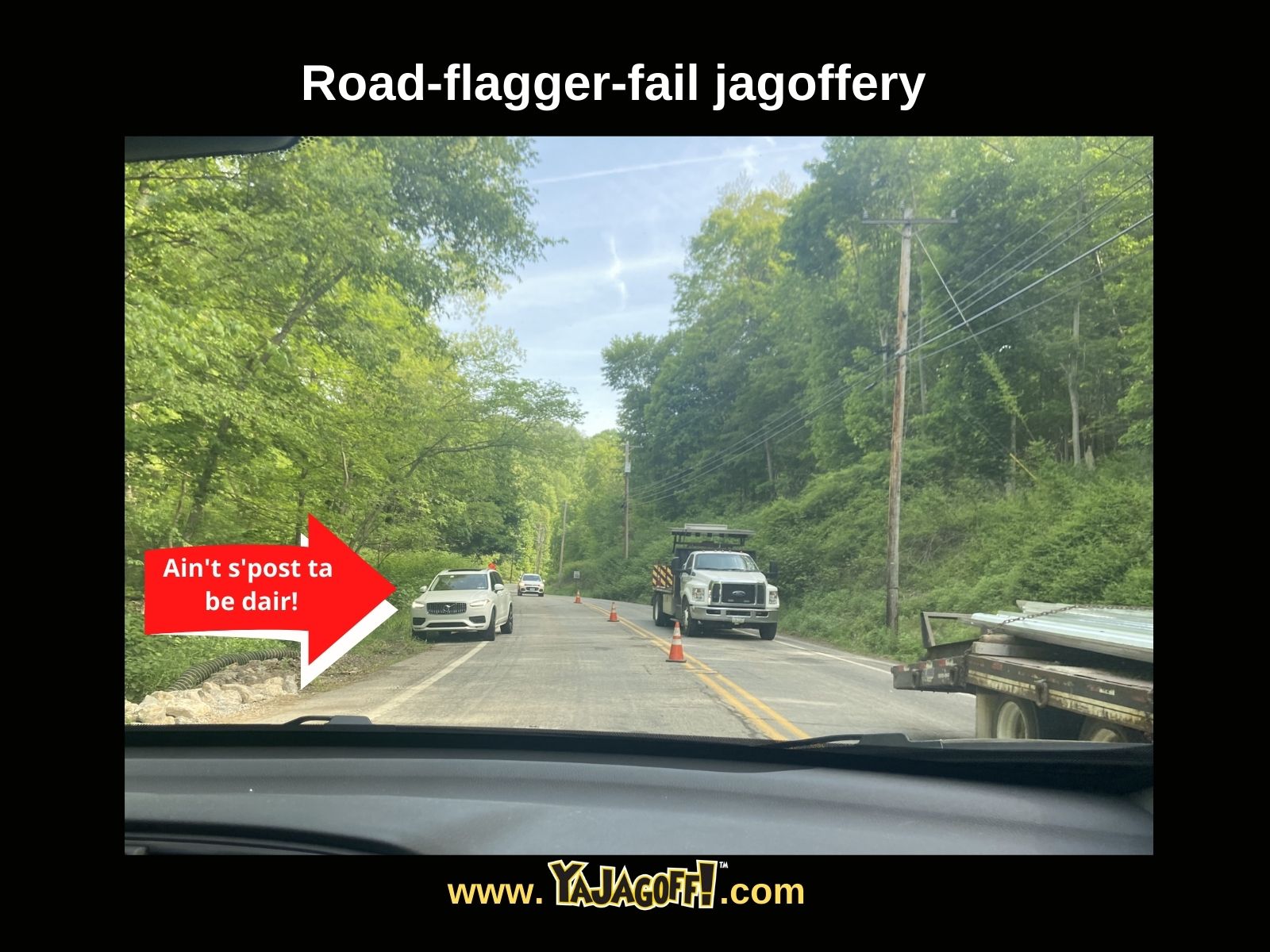 Disclaimer: We all appreciate the peeps that have to work outside, in the nasty weather all day or all night on this stuff… even the flagger-person that seems to let everyone go but turns the stop sign on YOU!

That said…. sometimes ya get a flagger-fail situation like this.

What You’re Looking At:

Us, driving through a construction zone on Union Avenue in Bellevue, near Northgate High School and the white car was driving at us in a let’s play chicken kind of mode.

We sat at one one end of the construction zone with the standard flagger-peep holding the standard sign and standard issue walkie talkie.  At one point they told us to go but, a construction worker standing in the middle of the lane without looking kind of got in our way so we waited for him to look up and realize he was in the middle of the lane.  Then, a car came toward us from the opposite direction. The guy, who wasn’t paying attention previously, told someone to tell the flagger at the other end to figure things out and then waived us on.  So, as we moved forward.. well.. the white car came toward us. So, the good news is, us and the white car figured things out and got outta there easily and safely.

Look flagger peeps of anonymous construction company, you more than likely do not deserve all of the shouting, hand signals, horns and dirty looks that you receive.  That said, the entire construction crew seemed a bit discombobulated on this particular day.  We get it, talking on the walkie talkie thingies and turning the sign from Stop to Slow can be taxing but.. at the next construction site, ya might wanna have a little pre-game kind of convo to get on the same page like, “When I say I’m sending a blue car through, you say OK and then stop all of the cars from your end,” BEFORE you actually go out on the road.. Ya Jagoffs!