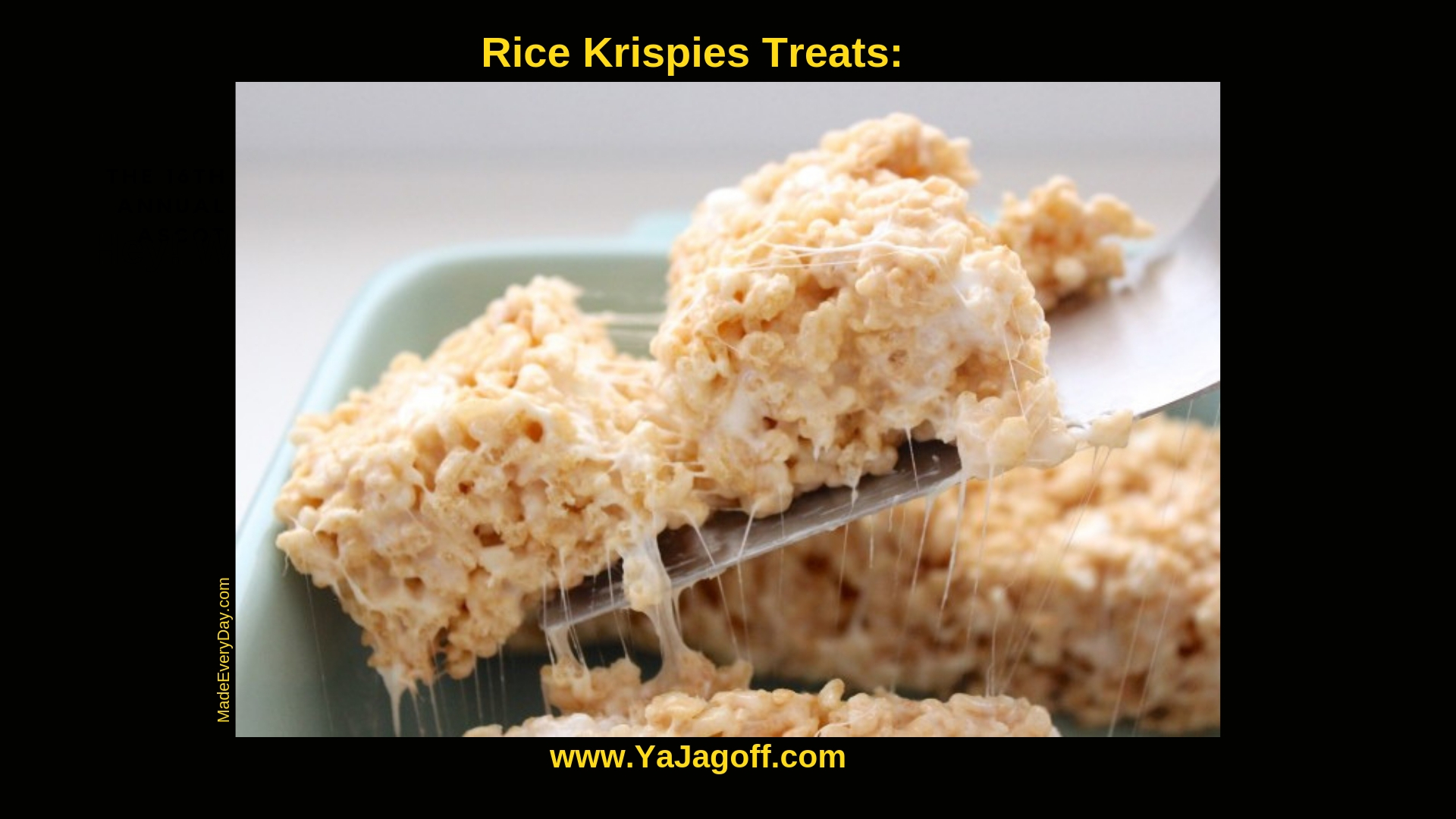 Who doesn’t like Rice Krispies Treats? Those simple little treats that taste soooo yummy.  And just sprinkle a few green and red jimmies on them and boom.. Christmas cookie!  Even when they are stale from sitting in a hot car or in a Ziploc baggie, always yummy.  How hard can those things be to make?  Here’s my experience with making them the first and only time I ever attempted a few years ago.

To start, I had spilled some of the Rice Krispies on the floor and counter as they overflowed from my 2-cup measuring thingy. I put the butter in a pan successfully but, had some residue on my fingers which made it almost impossible to tear open the marshmallow bags.  So I used scissors to cut the stupid bag open and subsequently ate 3 large marshmallows to calm my nerves .