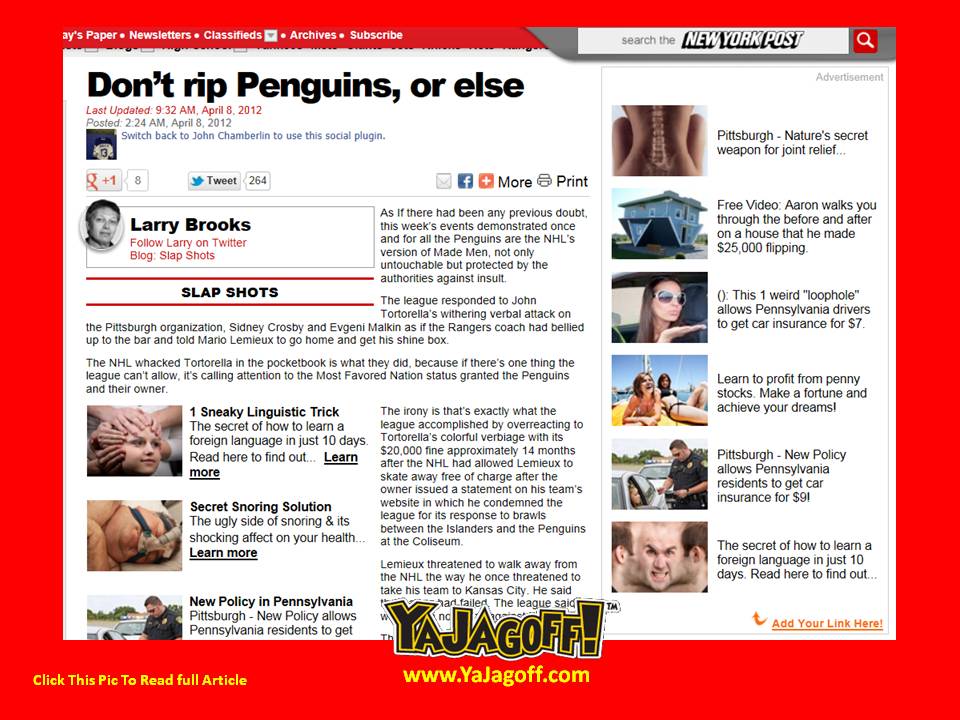 We love opinions.  And the best thing about them is, for every opinion we don’t like, there is potentially a Jagoff blog post.  And THIS is one of those.

New York Post writer, Larry Brooks (@NYP_Brooksie) wrote his opinion in an article on his “Slapshot” Blog about the Penguins being protected by the NHL.

…the Penguins are the NHL’s version of Made Men, not only untouchable but  protected by the authorities against insult.

He believes the Penguins players and Mario are the favs of the NHL and therefore live under a protected double standard.   (Wait, how many games was Matt Cooke suspended last year?)

One of his examples:

While he agrees that Mike Milbury is an idiot as a broadcaster, he sees the fact that Milbury has never been forced to make an apology for something he said on the air until he ripped the Pens on Philly radio station talk show.  The key point that Broooks LEAVES OUT is that Milbury tastelessly slapsticked Sid’s “35 consussions.”

Brooks compares Mario Lemieux’s call-out to the NHL on failing to respond appropriately to the big fight between the Pens and the Islanders last season to the recent f-bomb laced rant by Rangers’ Coach John “I need Xanax” Tortorella about the Penguins stars playing dirty.  The key difference, on THIS one, is the fact that Mario took the time to write a professional letter to express his opinion whereas Tortorella ranted classless like a…well,  like a Tortorella therefore earning a fine.

The article ends with:

The 11th Commandment: “Thy shy not speak ill of the Favorite Son.”

Everyone is on notice from the league. The problem for the league though, is  everyone has noticed the double standard as applied to the Penguins by a league  that was silent when Lemieux, coolly detached two days after an event, attacked  the operation but reached into Tortorella’s pocket for $20,000 …

We say, Larry the-babbling-Brooks, your probably a hero to Rangers/Flyers fans with your article.  It’s an easy position to be a hometown cheerleader sports writer.  Did you hear the giddiness in the two knucklehead Philly talk show hosts when Milbury was ranting?  We guess that you giggle the same way when your fans give you a pound and yell, “You da man! Nice SMACKDOWN!” It feels good to be popular doesn’t it?

By the way, Brooksie, we usually act giddy when we mess with people’s names on our blog but our attempt on yours, above, was admittedly pretty weak.  But so is that twitter name of yours.  So, given your journalism integrity and immaturity, we’re gonna get all GIDDY and propose one of THESE names from our 6th grade science notebook for you, Ben Dover, Harry P. Ness, Hammond Eggs, Phil McCracken and Phil McGroin, Lee Nover, and Oliver Closeoff.

NOTE: Readers vote below for Brooksie’s new name or make up one yourself. 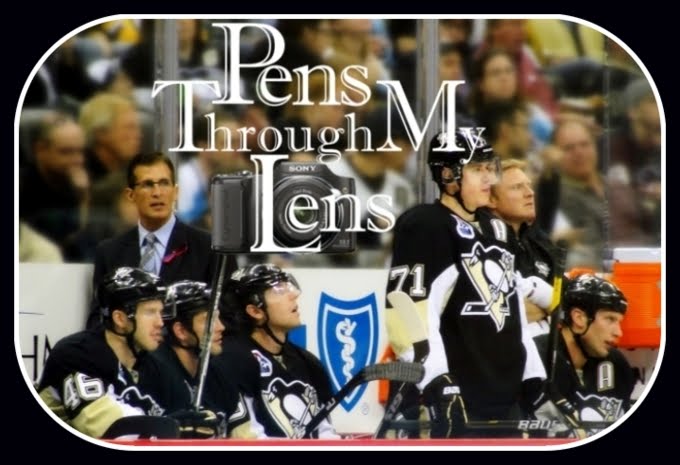