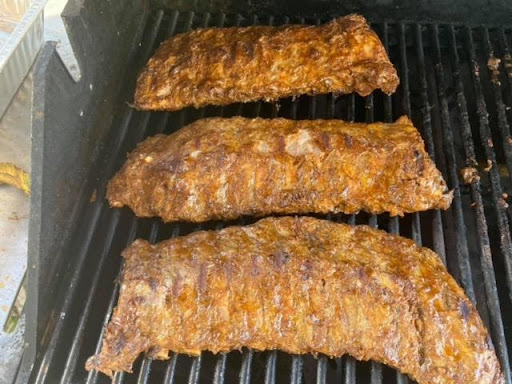 Andy Wincko is the pilot of a meat wagon to the stars, housewives of yinzerhills, and any major event that calls for a spread. That basically means he is the unofficial caterer of many Netflix movies filmed in Pittsburgh, the king of cul-de-sac get-togethers in any Pittsburgh neighborhood, and part of countless events, including the deCARate your bike or car this weekend at the parking lot of Bicycle Heaven and Ginchy Stuff.  From mouthwatering ribs dripping with his signature sauce to his well-known bacon on a stick, Pittsburgh Smokehouse is the exclamation point for any 412 shindig. 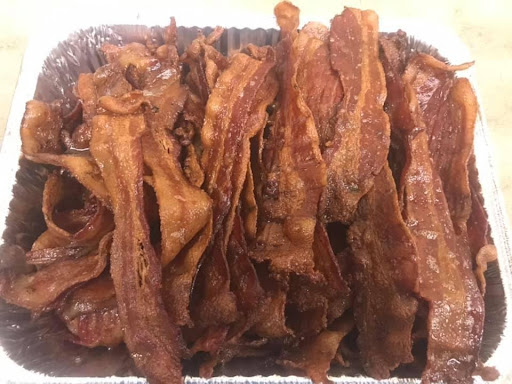 Feast your eyes on the crispy, smoked flavor of bacon that remains Wincko’s go-to wrapping of anything and his Jagoff Question of the Day go-to answer!

Smoked ribs are just one of the many meat specialties Wincko is known for perfecting.  He won’t give away the secret sauce recipe, but he reveals his slaw seasonings here! 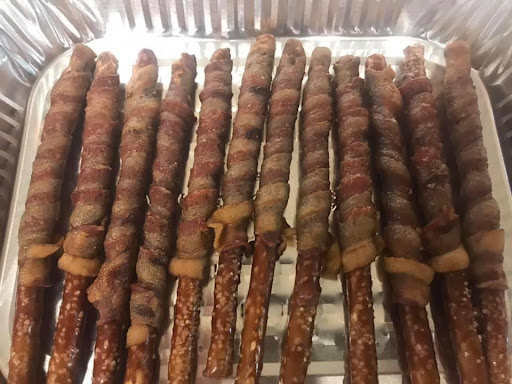 Do we need to caption this?  Pretzels wrapped in bacon and a maple syrup drizzle….yes please!

Pittsburgh Smokehouse’s Almost Famous Pittsburgh Slaw: We are guessing a little of this and that since we don’t have Andy’s exact measurements!