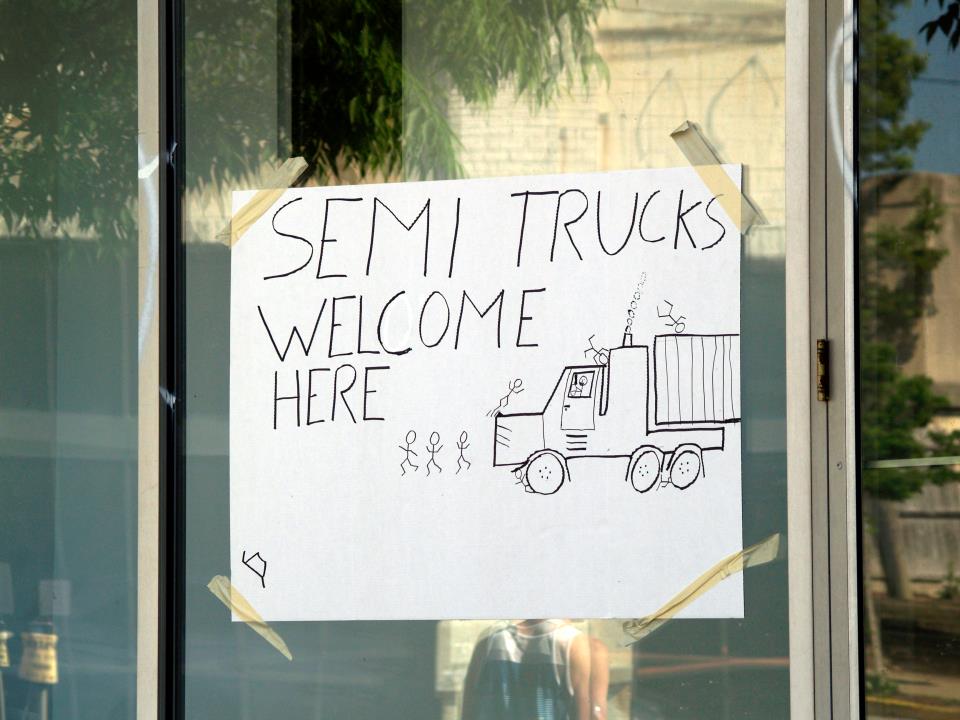 So yesterday we posted on Twitter and Facebook, asking folks to send in any Jagoff nominations from the Pittsburgh Marathon.  We suspected, drivers who crossed the barricades, Peter Parkers who abandoned their cars or neighbors who had parties, drank/ate to much and passed out near the race course or Jagoffs that ran the race, drunk in a Batman Forever costume!

One of the Facebook posts from Becky P said:

Someone was parked on the 5K route yesterday (Saturday).

Then, our friend and follower Doug Graham basically wrote today’s blog for us.

He sent us the photo above of a business along the race course who threw out some Jagoffery.  Along with the pic, Doug wrote:

The creeps who posted protest signs along the route protesting the race, the runners and even the spectators. In addition to the three poster-board, hand drawn signs (including one that they had to white out a misspelling and all of which were removed and recycled so some good could come from them), were grease chalk written “slogans” on the sidewalks.

One read: “God Hates the Pgh Marathon.” If God hates anyone, Ya Marathon Jagoffs, look in the mirror.

Hey, you know us, we like to make fun of just about anything.  If someone was being silly with the sign above, so be it.  Doesn’t sound like it though.

The Pittsburgh Marathon causes few headaches, of course, for some of us.  On the other hand, the revenue and global recognition the the entire Western Pennsylvania region gets for this (especially since the Pens don’t have us on national TV at this point) is HUGE!

So to the Marathon-Martyrs… sit back, eat your donuts and 6-egg omelettes on Sunday morning, keep looking out your window for the steel industry AND the Pittsburgh Press to come back, clutch those unused tickets to the last Pirates Game at Three Rivers Stadium and keep calling talk shows and complaining at the local adult refreshment establishments about how it’s always a “Kenyan and never a Pittsburgher that wins the race” and how all “these foreigners” coming to Pittsburgh to work as engineers, scientists, etc. are ruining our town!

In the meantime, the rest of us are gonna make sure this area grows and stays more progressive than the “new” KISS 8-track tapes you just got at the local flea market (that you couldn’t get to because of the Marathon) Ya Jagoffs!

Thanks to Doug Graham for the post idea and to Becky P for her Facebook comment.  Both, are Honorary Jagoff Catchers and we’re proud of them.

Congrats to Heidi Lang, of Moon Towship, PA for winning the “Jim Krenn aLIVE” tickets via our Facebook contest.

For deets on the event, click the pic below. 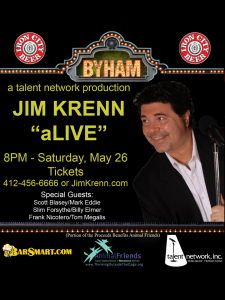