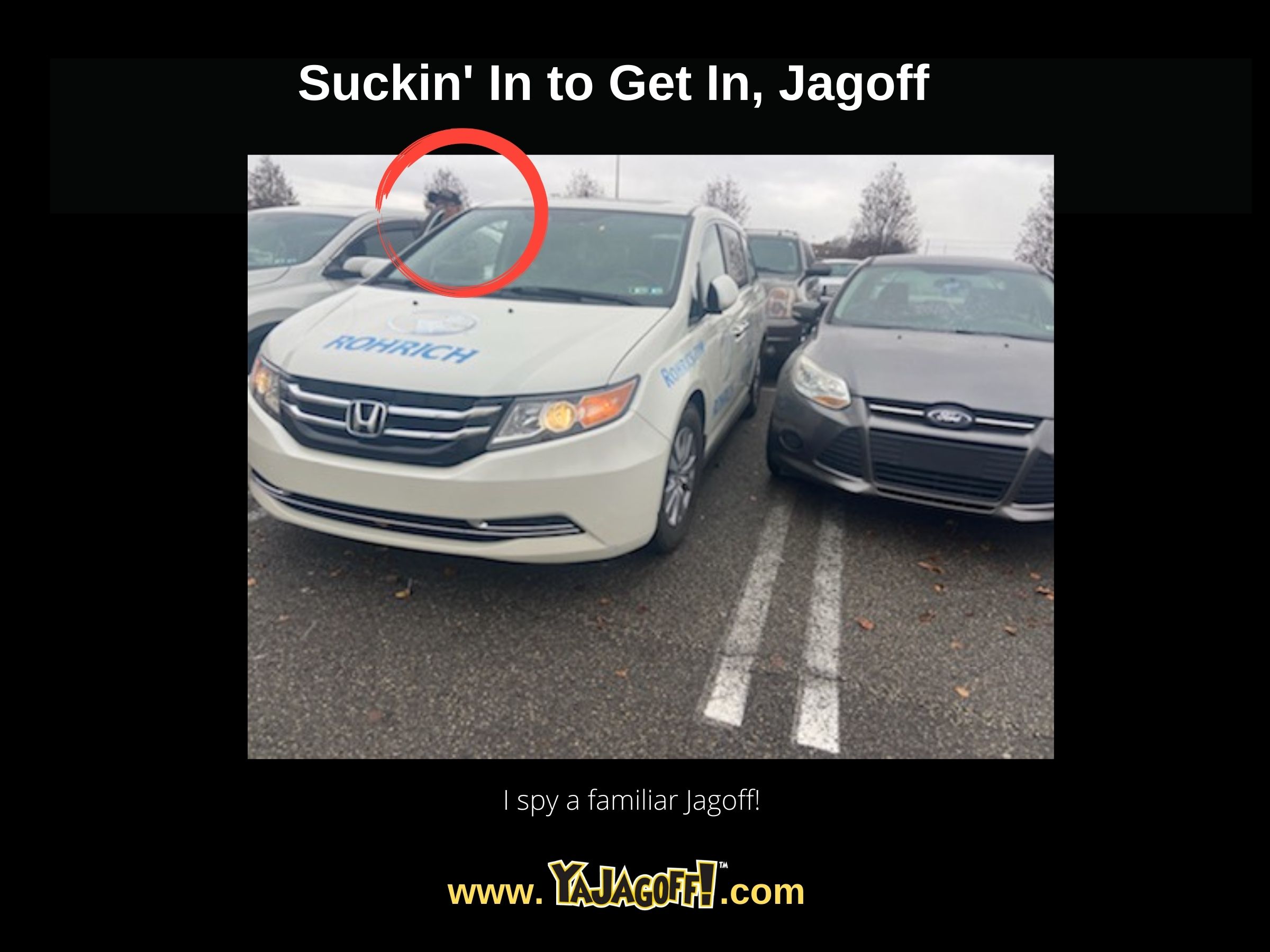 There are blurred lines and then there are well-marked lines called parking space lines in a parking lot.  Perhaps on Black Friday the lines were blurry because it was early and dark. Or the parker was just a jagoff?

Listen, it was not the mad rush of crazy early morning shoppers clambering for the last Tickle Me Elmo. Sure there was a demand to shop, and some great Black Friday deals to be had, but not some mad dash to the parking lot.  At least not enough for this display.

And, for added jagofferey, I spy with my jagoff eye a Jagoff hat.  Yep, JC was dropping off some gifts and spied the peter parker, and sucked in to get in. That means Rach gets the photo cred, ya jagoff!