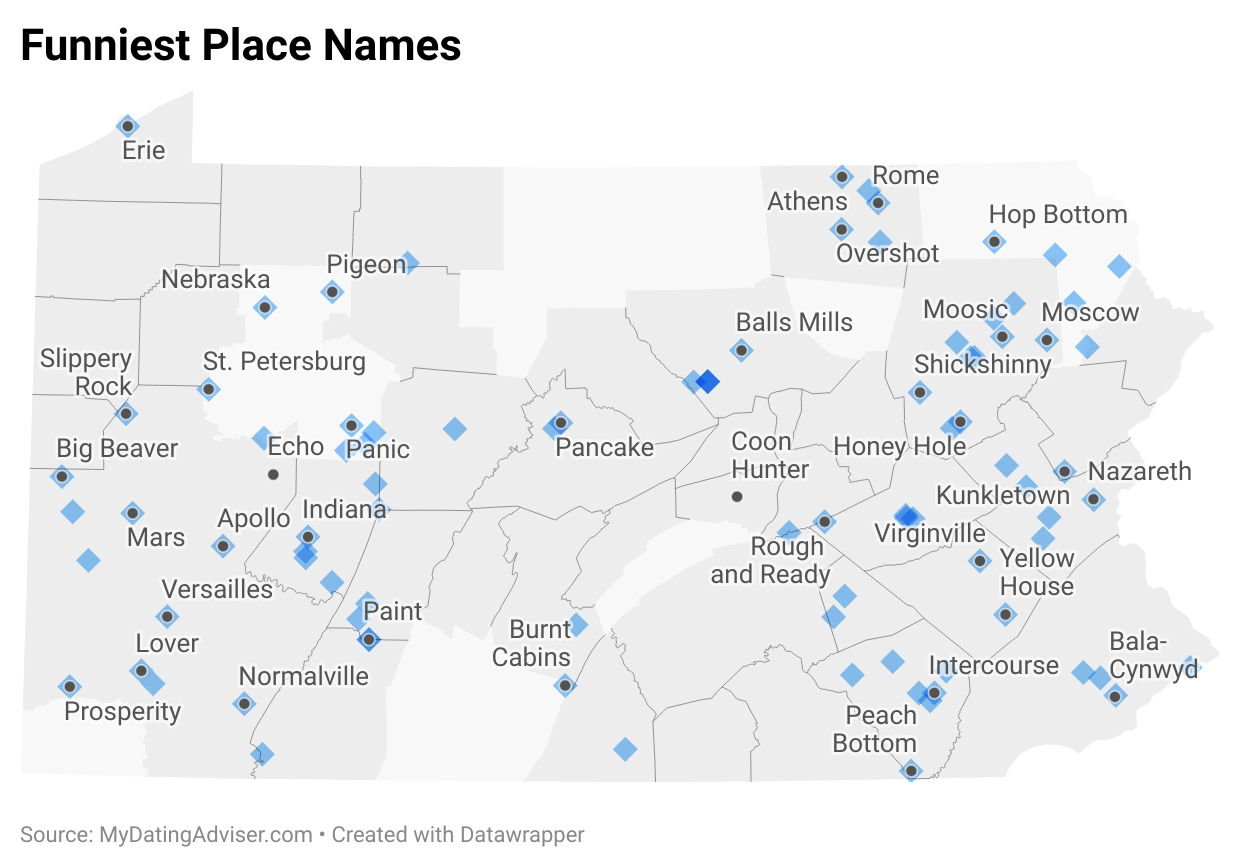 Pennsylvania is full of funny place names; in fact, the entire Commonwealth is full of fun, silly names. You can take a trip from Peach Bottom to Intercourse to Virginville. Panic, Pancake, and Pigeon are just three of many towns travelers could visit this summer, according to a map compiled by MyDatingAdviser.com.

In Northeastern PA, there are also misplaced places like Rome, Athens, and Moscow. And in the West, you can find Mars, Lover, Paint, and Panic. Not to mention some more questionable locations like Intercourse, Blue Ball, Climax, Bird-in-Hand, and Bumpville.

Of course, here in western Pennsylvania, we also have several cities and towns with great names and their origins! Here are just a few: