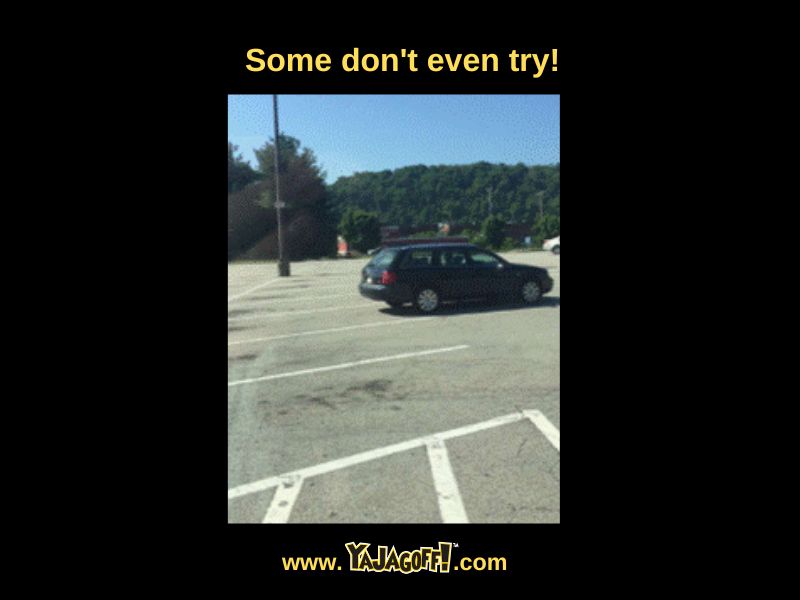 Nope!  Not a fake picture.  Not a SnapChat filter that adds fake parking spaces around a car.

The good news is, they got between the lines. The bad news is, all of the other 182 #PeterParkers, that caused this particular driver to park this way, left and this one driver was stuck looking guilty!!  You know, like when you pull up to the self-serve gas pump, and have to park awkwardly because of the other person in the row, then they leave right after you get out of your car and then, the next-in driver, looks at YOU like YOU’RE the jagoff!