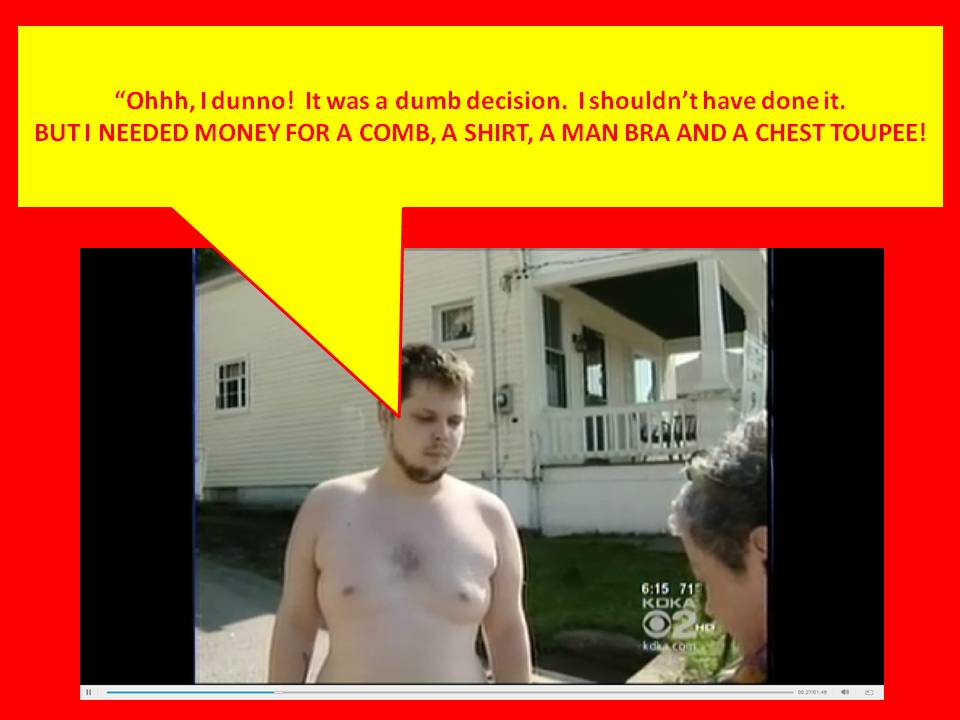 “Throw Back Thursday’s” are a big thing on social media so, let’s do one!

This story was first published October, 2011.

So unless your part of an early morning raid or a sudden emergency, me thinks that the news folks call you up and ask if they can come and talk to you.  Once you agree, they probably give you an approximate time when they will show up to PUT YOU ON CAMERA!

Hey, I readily admit that I’m no “Ken Doll” but, if the news showed up at the Ya Jagoff World Headquarters, I gotta tell ya, I wouldn’t even answer the door until I put on one of my nicer Penguins golf shirts and a Steelers ball cap!

Instagram Winner: helicopter_driver who posted “Day 1 of couch to 5k in the books”

Winners get a YaJagoff t-shirt. Thanks to all who commented.  We all needed a chuckle yesterday.