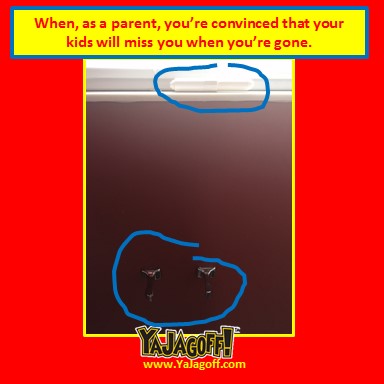 This is not my first post about toilet paper jagoffery.  There have been other posts.

But this one shows that we’re making progress in our home.  A previous post showed an empty cardboard tube on the spindle.  Today, there is evidence that someone had made a grand attempt to replace the toilet paper.

But, clearly, something more important and emergent occurred during the TP-changing process…a neighbor’s fire alarm went off and the pooper ran off to use a fire extinguisher to save the family or a baby was stuck in a well and the pooper jumped from the second-floor bathroom window to save the child or…

Well, never mind.  I’m doing my best but, as I write this, I see the bag of recyclables over flowing to the point stuff’s going to start tumbling out but, someone will find a way to stuff one more plastic bottle in that thing rather than take it outside to the official recycling bin. I’m a failure as a parent!