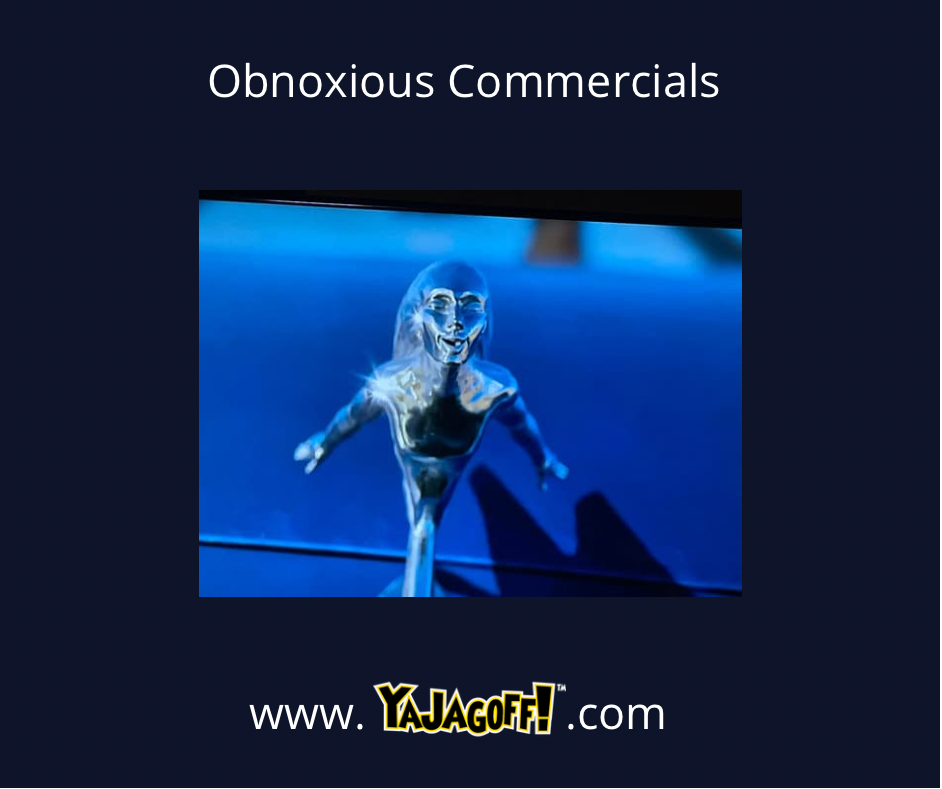 Ok.. we like a cool or funny or technologically TV commercial just as much as anyone else. And, we might even admit to saying that we don’t mind seeing them frequently. Case in point? The “Scoop, there it is” commercial for Gieco?  “Jake from State Farm? Can’t see it enough of them.  It might even be good if someone publishes a scheduled for when it’s going to be on so that I can plan my bathroom breaks around it.. so that I don’t miss it!

But, this “lots of money” commercial, for AllState, with the singing hood ornament? It’s one of those where it was cool the first 110 times but then… now, its time to plan my bathroom breaks around IT!  So that I can TAKE my bathroom break while it’s on.

All-State.. we know.. YOU have lotsa money so howzabout putting some of that behind a new commercial.  State Farm did a great job of switching up the “Jake from State Farm” commercials. Can’t ya make something else on the car sing? Make the car drive backward? Can ya have the car sing a different song.. I mean.. even the animated hood ornament has to be bored with the song at this point. Use some of that insurance premium money and make someone hit that ornament with a baseball bit and sing Take Me Out To the Ballgame or something, Ya Jagoffs!