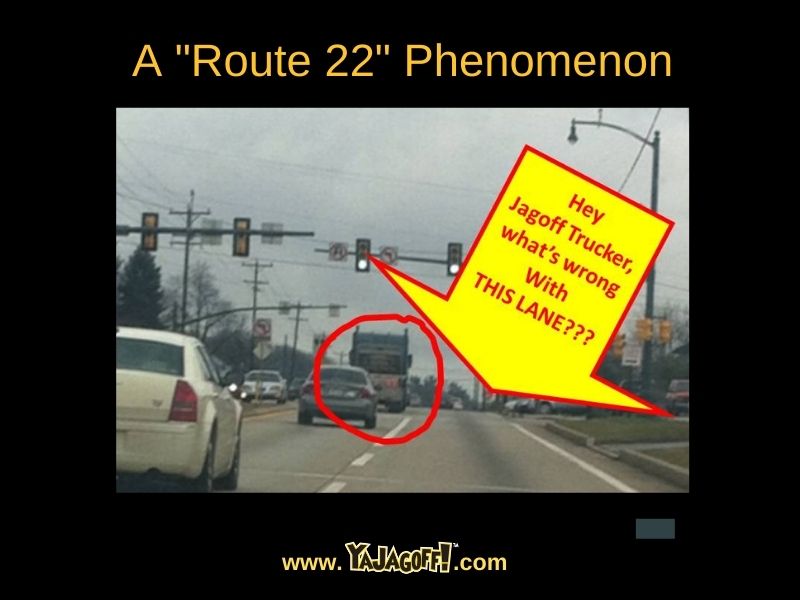 The photo above was taken on Route 22 in Westmoreland County going up a hill, of course.  And, unless you have some special glasses on that allow you to see traffic apparitions in the right-hand lane, it would appear that there is absolutely NO REASON for the truck to be in the passing lane going up  hill.  Aaaaaaaand, if ya look closely, the traffic light is green… the truck was in the left lane stopped at a red light which meant the driver had to stop texting, stop CB-ing, sneeze, blow his nose in the sleeve of his shirt then run through a bunch of gears to get the thing moving forward once the light turned green.