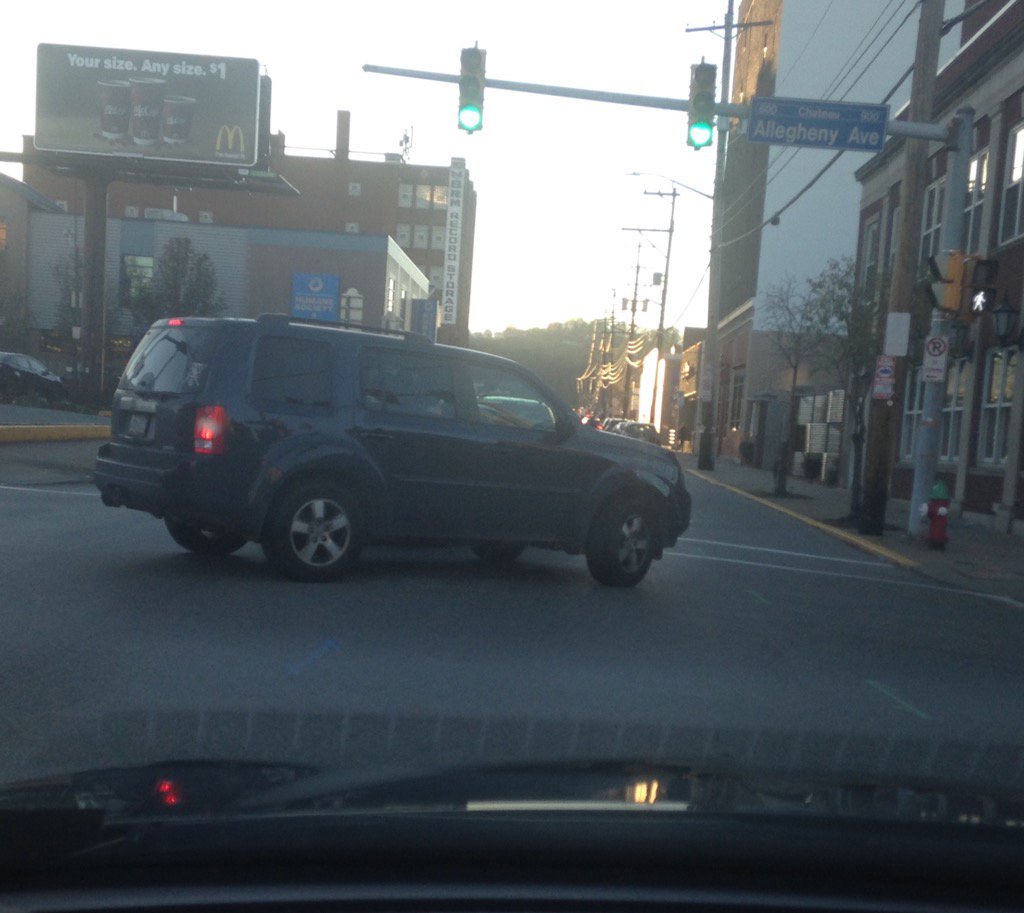 As soon as I saw this pic on Twitter, I had to reach out to the guy that posted it to see if he wanted to let lose on a rant!  So here it is.

It’s not exactly a Pittsburgh secret that jagoffs will make their presence known just about anywhere and at any time.
3 AM at Primanti’s (the real one-in the strip). That jagoff thinks his order is going to get placed before yours because he’s using the “lean and wave the money” to get the cook’s attention – sorry cuz, do not pass go, you do not get your order placed ahead of us, this ain’t no strip club (with all due respect to the faithful readers of this blog still grinding their way through their grad degrees).

And you pal, with the Camaro in that special shade of jagoff green- that is not exactly a Maserati, you’re going to take up two parking spaces at Giant Eagle while you run in to pick up some kale and quinoa? We know your type, see you coming a mile away. Have some carbs will ya?

I work hard to not judge: the whole judge ye not lest ye be judged thing is pretty good advice. I don’t know if it was all the adrenaline created by the presidential campaign, the absence of Pirate playoff baseball one more fall, or the less than Steeler-like football being played at Heinz Field, but I’ve been noticing a perfect storm of jagoffery taking hold. It’s concerning. I’m going into jagoff judging mode. Sorry, I’ll ask for forgiveness later.

This past Thursday, a pretty darn good day in a less than stellar week, I’m cruising home, well not actually cruising so much as I am going five feet then stopping and starting again as I make my way across Western Avenue toward the West End Bridge. I’ve got some solid tunes on the playlist and Zep is just about to take me on a Misty Mountain Hop and I see the offender.

There’s daylight ahead. I’m going to get through this next light and it’s almost downhill from there. They make their move, a combination of bravado and uncertainty. The driver of the Honda Pilot was able to artfully block not just East-West, traffic but also, North – South. It was all in the angle.

One light. Two light. I’m starting to make obscene Dr. Seuss inspired rhymes up about the driver in the Honda Pilot. Three lights. Their uncertainty in making the move results in a ridiculous driver to driver exchange: after you, please cut in front of me and allow me to block this intersection a little longer, those other drivers don’t really have anywhere important to go to anything important to do, please after you. I insist. Rush hour, commuter jagoffery at its best.

I’m convinced it’s part of a passive aggressive protest over the election outcome. Instead of Make America Great Again….Make America Late Again. Block an intersection, practice reluctant merging habits on the bridge, test those brake lights. It’s part of a bigger jagoff conspiracy that Wikileaks has yet to unveil. Stay out of the intersections, we know what you’re up to, Ya Jagoff!

Thanks again to Greg Crossey ( @GregCrossey) for being today’s Honorary Jagoff Catcher!