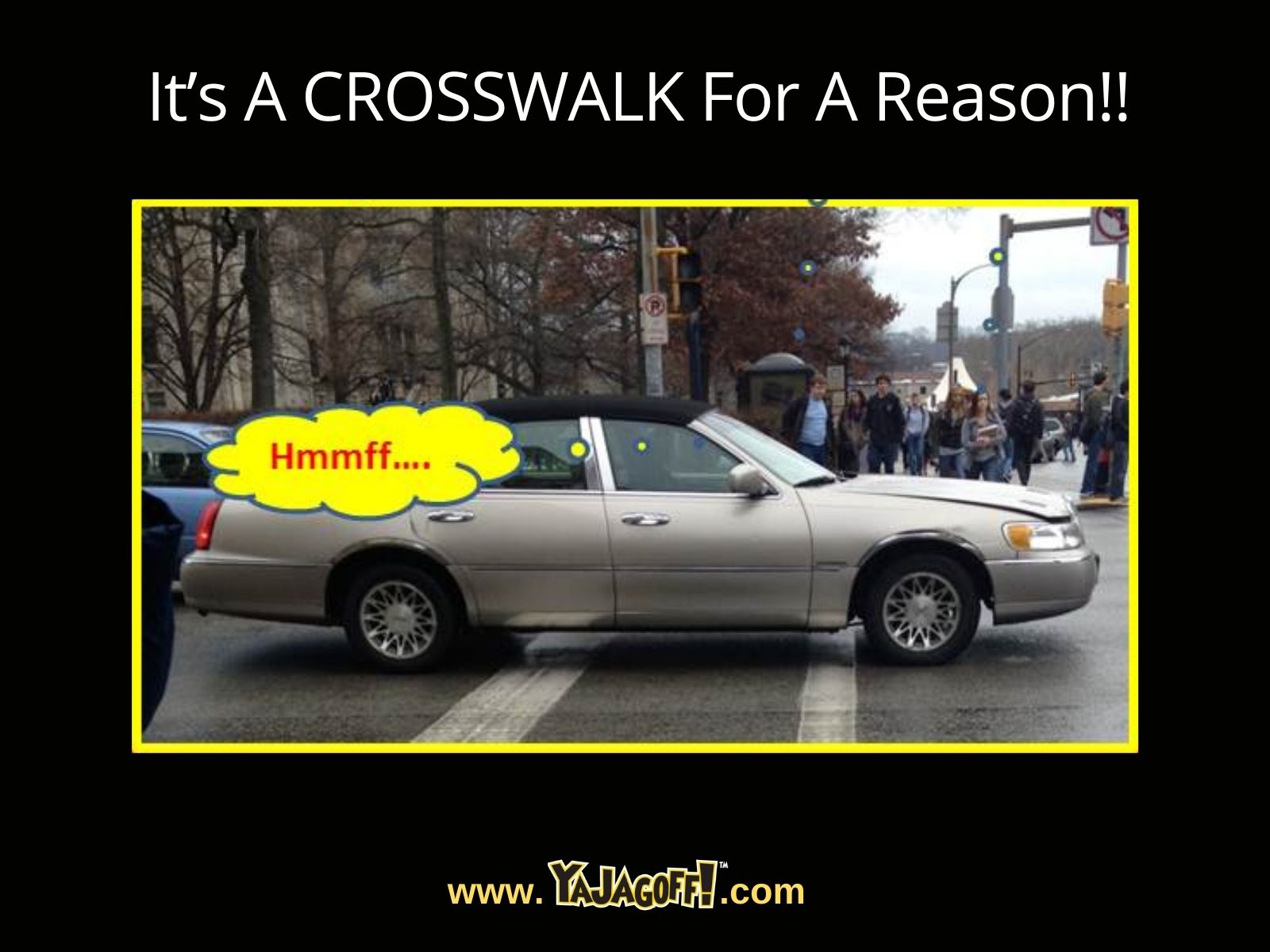 Here we have a pic from the Oakland campus of the University of Pittsburgh, of an older gentleman, who, because he has nothing else to do with his money, purchased a car the size of an aircraft carrier and thinks that the crosswalk lines are the lines he’s drawn on his garage floor, at home, that tell him when to stop so that he knows the garage door will shut over the back of his way-too-big-to-drive coffee-gitter that he has no idea how to judge!

We’re not sure but we love the SCARED STRAIGHT method of retraining in these instances.  Just think of it, what if the crosswalk markings were actually steel bars that, with a push of a single button, would jut up and down out of the ground, bouncing and flinging the vehicles that invade them illegally!!

Those kids across the street, tell me they wouldn’t love to see something jump out of the ground and start ROCKIN’ that car up and down like a hackey sack on some campus kid’s hairy ankle.

Here’s what we are going to propose for Pennsylvania legislature…. make it a rule that, when there IS a car blocking a crosswalk, it’s okey-dokey if the people crossing, open up the side door, slide through, open up the other side door and cross safely to the opposite corner.  Imagine all of those kids in the pic above sliding through that guy’s back seat!  And when they go thru, they are all permitted to give him a sloppy WET WILLY!!!