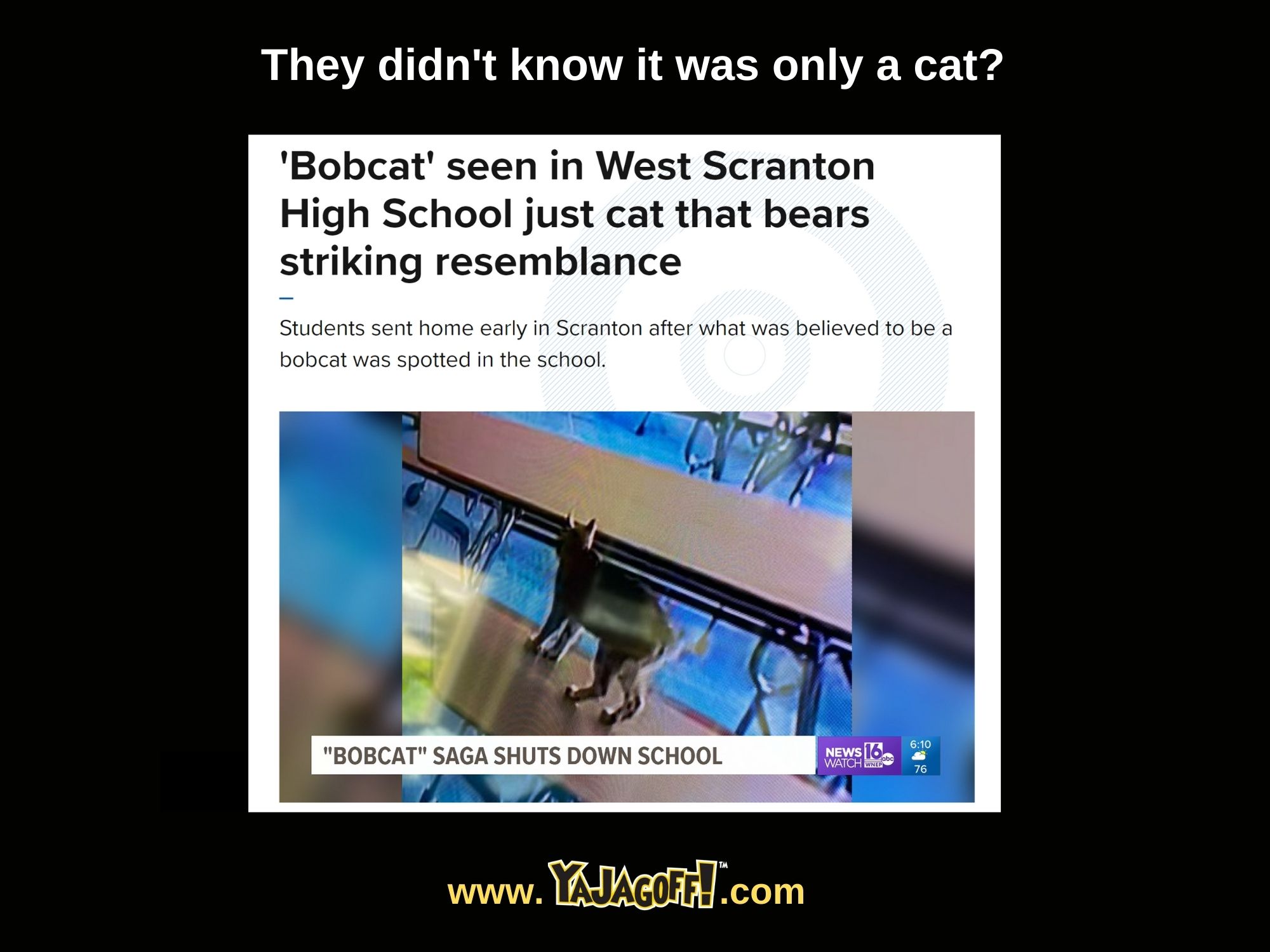 I don’t claim to know more than a well-educated game warden. Bears, coyotes, etc.  I know nothing.

On the other hand,  I’d like to think that I would know the differences between a dangerous bobcat for which one should cancel all school activities and close the school and a local cat that LOOKS like a bobcat that sneaked into a a building.  So it seems like the reaction of the “trained professionals” in this story was a bit panicked and excessive.

“Animal control officers had originally identified the animal as a bobcat and notified the Game Commission.”

I get it, a bobcat of any size might be dangerous to students and teachers but, look at that pic!  Does it look like that thing is really all that dangerous? The size of it alone seems like you could capture it with a standard Wyle E. Coyote, ACME cat net and an open can of Tabby “real meet” cat food. But, officials panicked and cancelled school. Seems like someone over shot their assessment on the cat. And, as it turns out, the cat was a micro-chipped pet that had been lost for 3 months.

Hey there animal control (or AC as we call them in the industry), not sure if you’ve been bored over the covid period and were looking for some excitement or if you need to go back to Basic Wild Animal Recognition Training 101 but, we are so glad that the school’s team name isn’t called The Bobcats because, we would be nervous that you would have COMPLETELY panicked and called the game commission to  capture the entire basketball and football team of “bobcats.” Can we be a little more reasonable and context clues the next time, Ya Jagoffs?