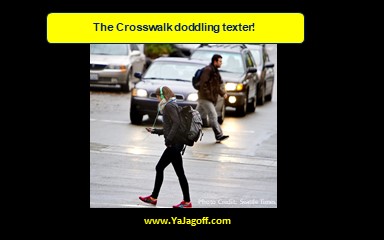 Scenario yesterday: I was driving at least 30mph down a street (acceptable speed limit for this road.) A guy pulled his car halfway into a parking spot along the curb facing the opposite way, got out of his car in a hurry and.. while looking down at his phone.. stepped right out in front of me.  I beeped…and….the dude’s shocked face was even more dramatic than someone hearing that Bob Nutting had just invested $148M into the Pittsburgh Pirates!