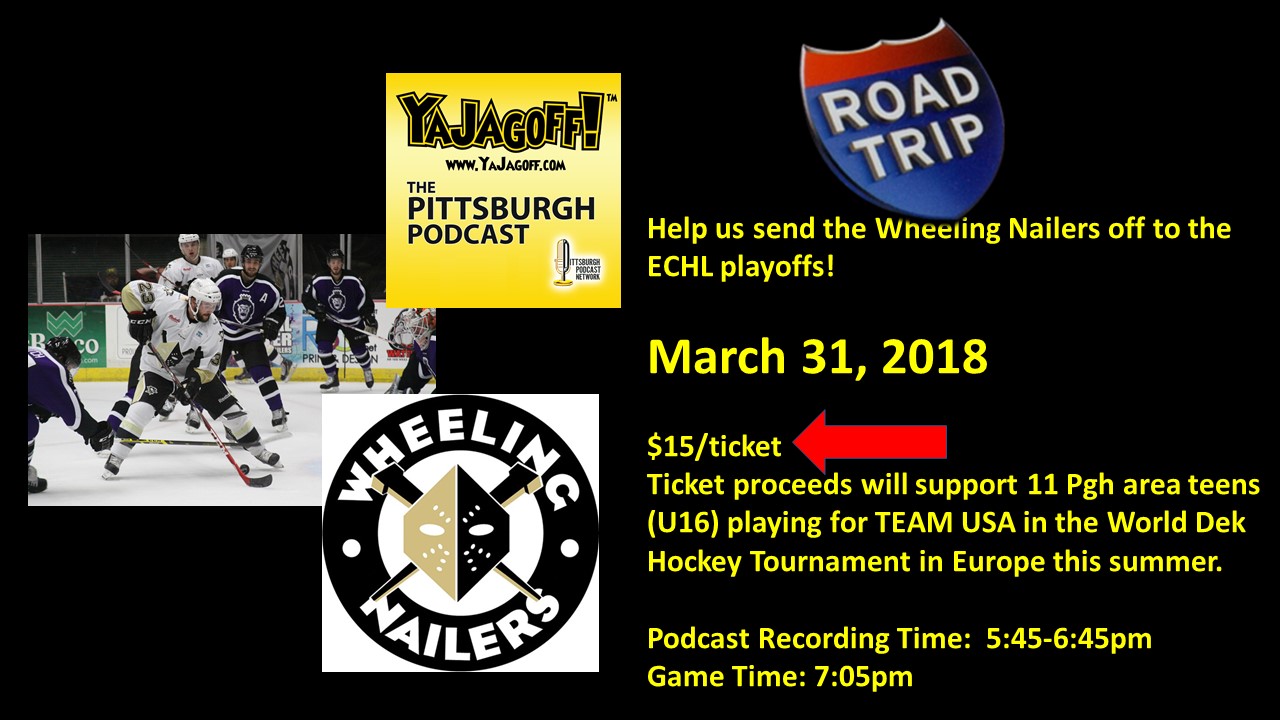 Before Pittsburgh was blessed with 5 a.m. ice times on rinks throughout the city, many convened for deck hockey.  Some players just gathered on basketball and tennis courts and others simply made use of their street.  But thanks to the love of hockey, there are multiple deck hockey facilities and leagues throughout Pittsburgh with kudos to the Penguin Foundation and independent groups like Team Pittsburgh out of the Brighton Heights area.

The love of the sport is all over the country, and in other counties in fact.  So much so that there is a world tournament, and some Team Pittsburgh players have been selected to represent Team USA  this summer in the U16 division. They will compete against other countries countries like Great Britain, Poland and the Czech Republic for the esteemed honor of winning a gold, silver or bronze medal.  And where else do these fine young men go to be recognized for their honor? A Wheeling Nailers game of course!

Ya Jagoff podcast will hit the road and hopes to take 98 hockey fans to host a podcast and introduce these talented hockey players during the Wheeling Nailers game on March 31st! Consider it a Pittsburgh invasion at the Nailers game for $15 a ticket! Come be part of the Ya Jagoff podcast and support these kids with a chuck a puck chance or two or twenty and be part of hopefully Pittsburgh history!

In this article: Movies