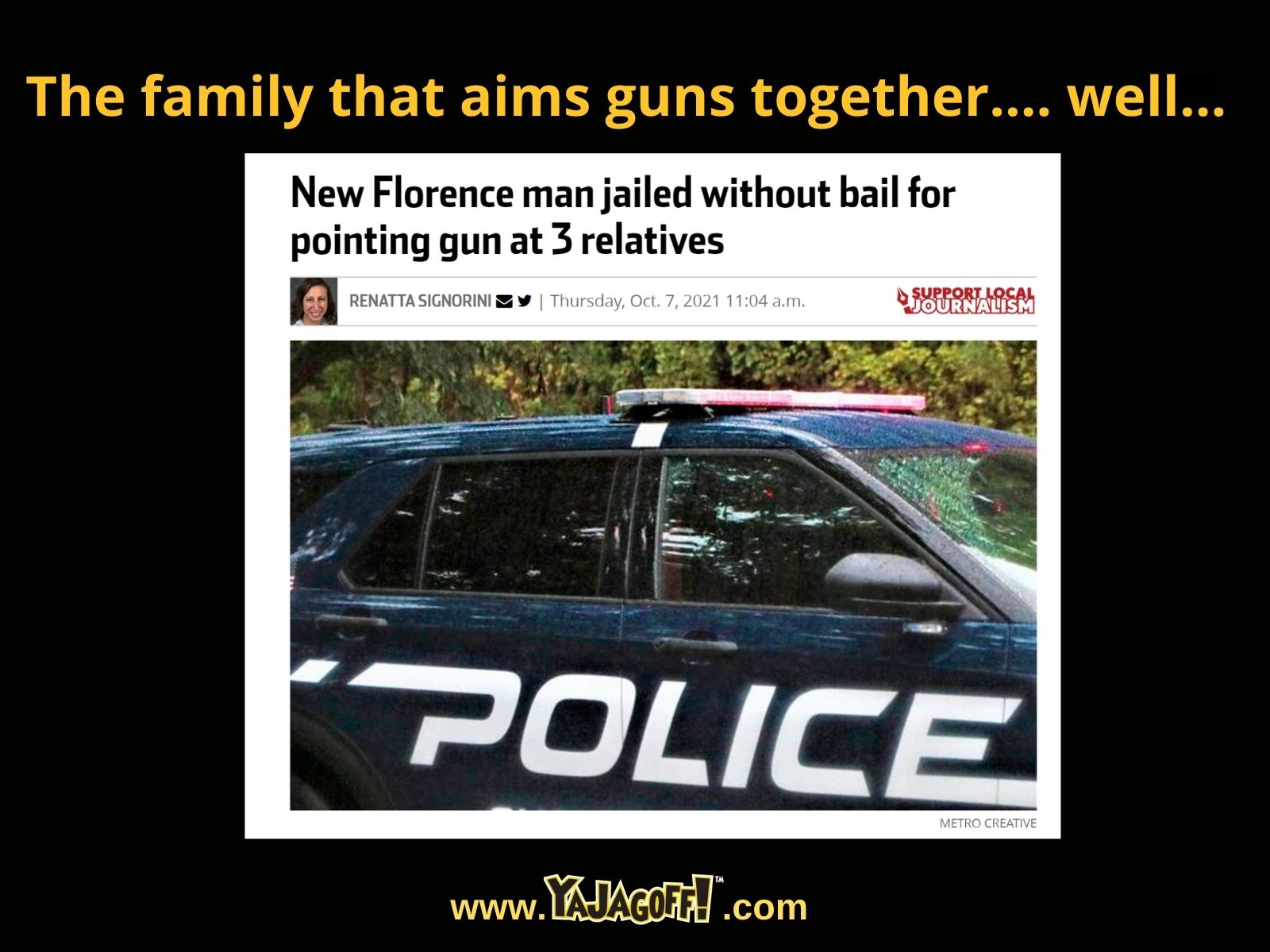 You know the old saying, “The family that picks up family from jail, drinks beer and aims guns together…. stays together!”  Hmmm.. welp, not in this case.

Corey K’s fam was nice enough to pick him up and give him a ride home after being released from police custody. See store TribLive.com.

According to the article, “Troopers said a relative picked Kaufman up Tuesday from Ligonier Valley police custody and took him home. The relative told investigators that Kaufman was intoxicated and argumentative.

Kaufman got a beer and a pistol once home and pointed the weapon at two relatives, threatening to kill them, police said,”

I mean, who doesn’t grab a beer and a gun?? Wait.. ME!  I grab a beer and some popcorn, or Doritos or bag of tortilla chips and salsa. I can’t eat a gun and beer goes with snacks… ALWAYS!

CK, if you don’t mind us calling you the hey-arent-we-buds version of your name, you HAVE to take up snacking. Especially when your with peeps who picked your @$$ up from the police department! They did you a favor and then you turned on them.. AND turned a gun on them!  That seems a big ungrateful, at least in MY mind.

Be a bud CK, and do us a favor, fill the Anything-Goes snack bowl with Sun Chips and sell that gun.. especially if you think you’re gonna drink another beer… YaJagoff!