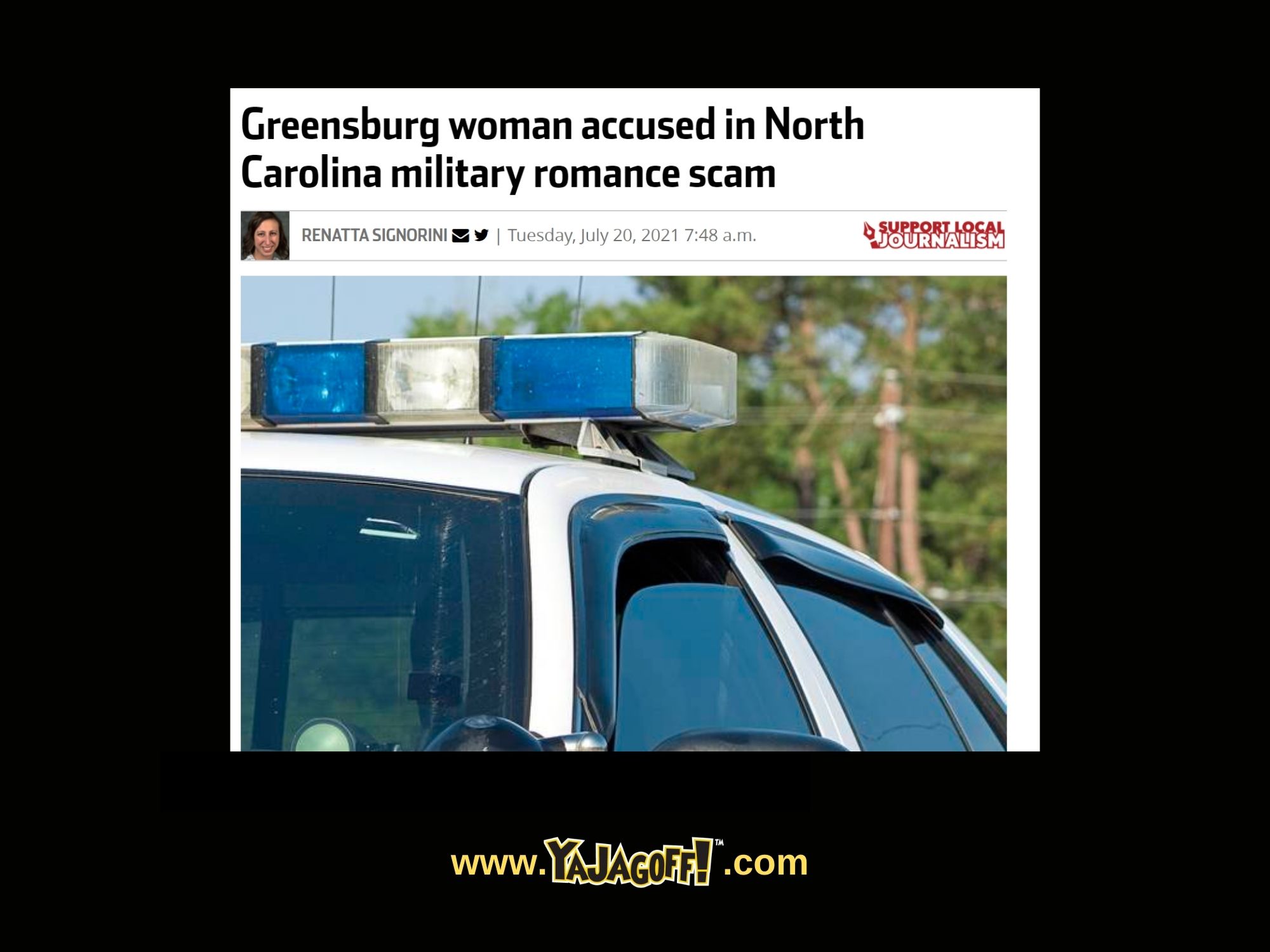 You know how you wonder how many people, wearing camouflage pants out in public, actually have been IN the military?  How many people playing Call of Duty would truly be willing to go to the military. Well, here’s another person posing as a military veteran:

“.. a person who met Burkey through an online dating website sent her $7,500. Authorities said Burkey claimed to be in the military and needed money to ship her belongings back home.”

But guess what? She wasn’t in the military and she wasn’t moving anything back home!

Sure, you can say the the person that gave Burkey the $7,500 after just meeting on a dating app might be a jagoff but, as they say, love is blind.  And, who doesn’t want to help a military veteran if they can?

Jo Ann Burkey, not only did you crush the kindness of a good-hearted man from a dating app but you tainted future donors who become skeptical about donating even small amounts to folks who actually did serve our country in the military. Guessing you probably didn’t use your real pic in the dating app either… DUH!

Maybe your punishment should be 6 weeks of military training with your scammed-man as your drill sergeant. We normally offer silly legal advice to dumb criminals but, for this one, we just say, hoping you enjoy your jail time as much as any of our military veterans enjoyed THEIR time on the front line, ya jagoff!