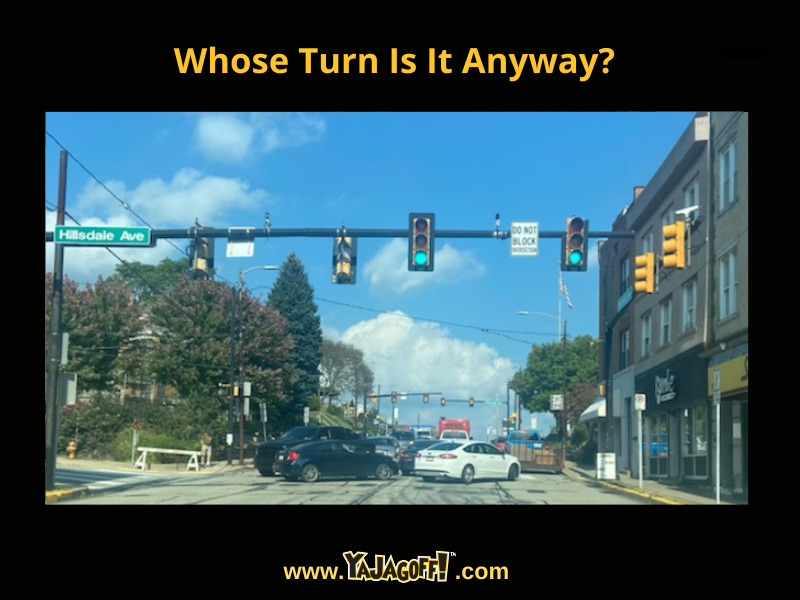 The only thing this pic is missing is a cameo from Drew Carey.  Not the Price is Right Drew, the Drew when he was on the gameshow Whose Line is it Anyway? Like he could just pop up right there in that traffic jam to emcee what the he** is going on because that light is green for ME to go, right? Not the slew of cars who are continuing to turn like it’s realistically their turn.

I mean who isn’t always ready to turn on a dime when the light is yellow, I mean orange ish?  But this scenario was like a parade was scheduled to happen right there in the South Side in no one’s honor.  Not to mention, each vehicle that turned was an out-of-state vehicle just trying to avoid a red light. Til the truck, who should have gone but couldn’t because of the almost gridlock, finally put his foot down…literally. And then he went.

Look at the car in front of you.  Don’t force a turn.  For goodness sake, don’t start an unnecessary parade in traffic, ya jagoff.