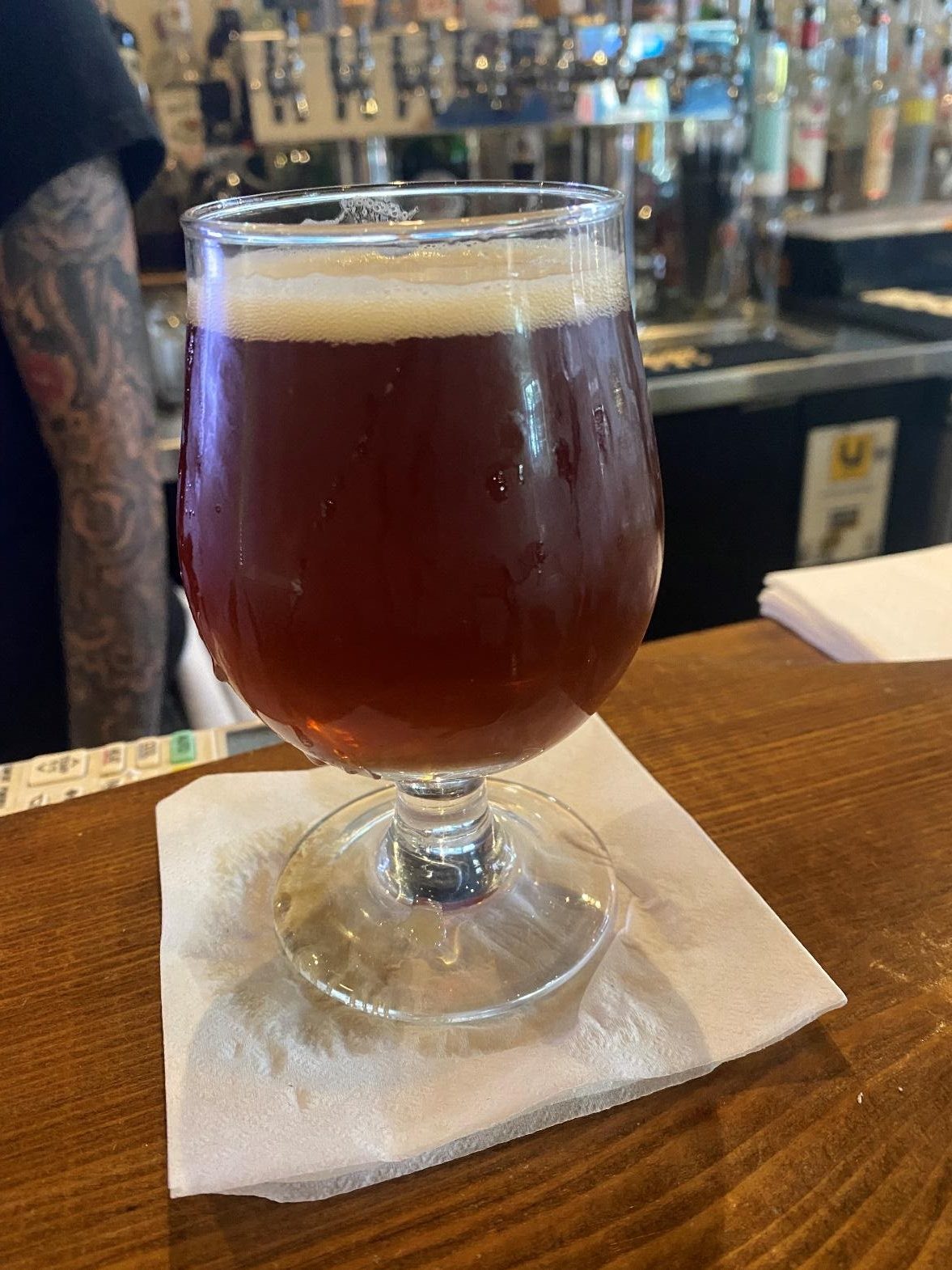 Believe it or not, one of the best places in Western Pennsylvania to grab a bite to eat, and a good craft beer, isn’t in Pittsburgh.

Take a ride eastbound on Route 30 to Greensburg, and then a short trip down a few back roads in Hempfield Township to West Point Plaza, and you’ll come across a small craft beer bar known as Marino’s American Eatery.

You won’t find any macro beers on tap at Marino’s.  That’s because co-owner and beer curator, Josh Jones, wants everyone to “Drink Local”.  In fact, Josh went so far place his “Drink Local” mantra on all of his business’s t-shirts, signage, glassware, and more.

Marino’s features a rotating tap list of around 20 local craft beers and a food menu, curated by award-winning chef Patrick Conway, to satisfy any foodie in your life.  You will find beers from the usual Pittsburgh like Brew Gentlemen (General Braddock’s IPA is the House IPA at Marino’s), Hitchhiker Brewing, and Grist House.

Marino’s also does a great job of featuring smaller, up-and-coming breweries.  In fact, making it on to the coveted tap rotation at Marino’s has now become a right-of-passage for new craft breweries.  Newer breweries like Monday’s Brewing in McMurray and Arboretum Trail Brewing in Pleasant Hills, PA made Marino’s one of the first destinations for their beer.

This week, I took a little trip to Marino’s to grab dinner and I wanted to share the experience with yinz.  Here are a few pics of my meal (camera always eats first) to give you an idea of what to expect when you check the place out. 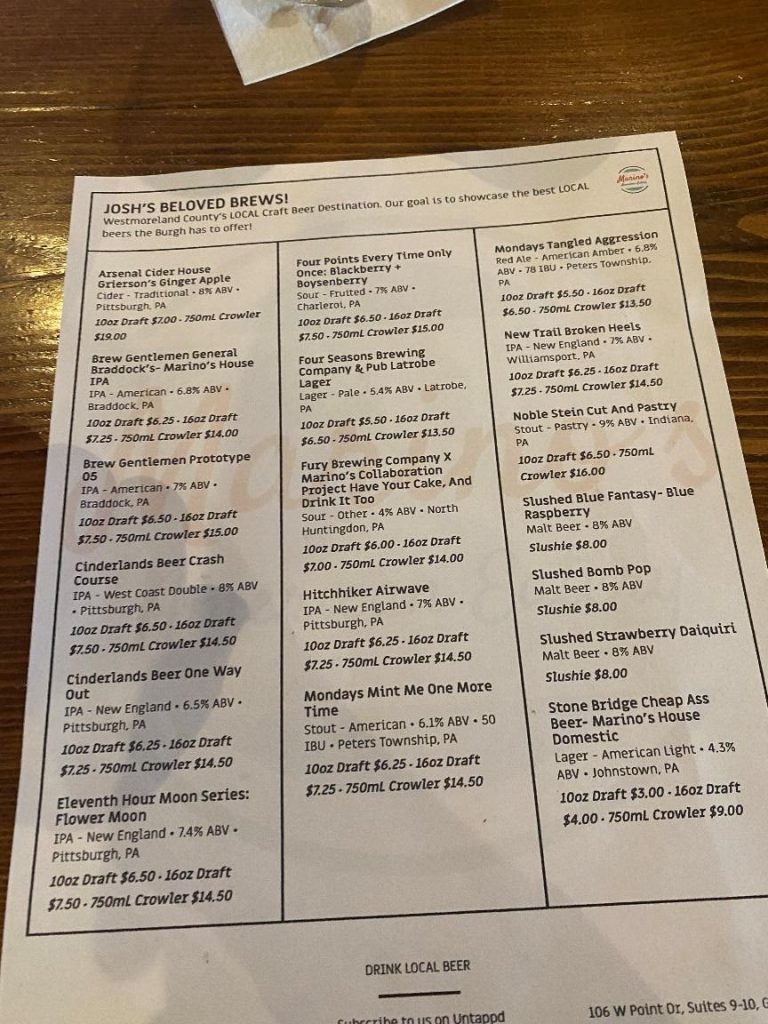 I started my trip by taking a look over the tap list.  Marino’s prides itself on having a tap list devoted to all local craft beers.  This tap list showcases that devotion and then some. 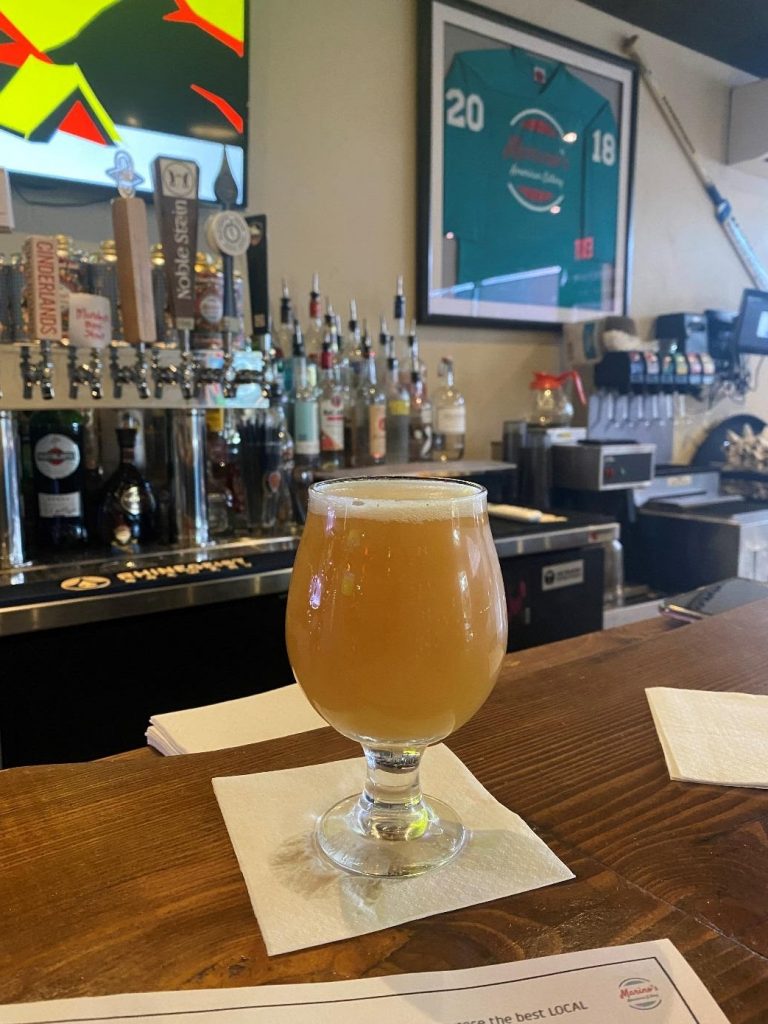 Any time I can get my hands on Brew Gentlemen on tap, I take advantage of it since they are still takeout-only (until the Downtown PGH pop-up opens later this month).

The first beer on my lineup is Brew Gentlemen’s Prototype 05, an 7.0% ABV IPA infused with myrcene, a terpene found in hops and cannabis, as well as some other spices.  It’s a dank beer with a nice peachy flavor.  Super smooth and easy to drink. 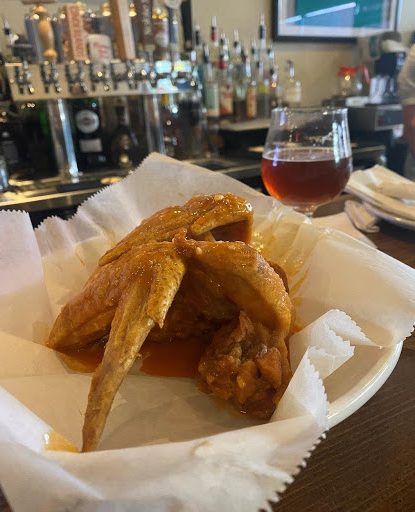 For the appetizer, I started with one of my personal favorites: the chicken wing.  Marino’s uses the big “whole wings”.  I typically get an order of found and take two home with me.  Get the Buffalo Sauce. 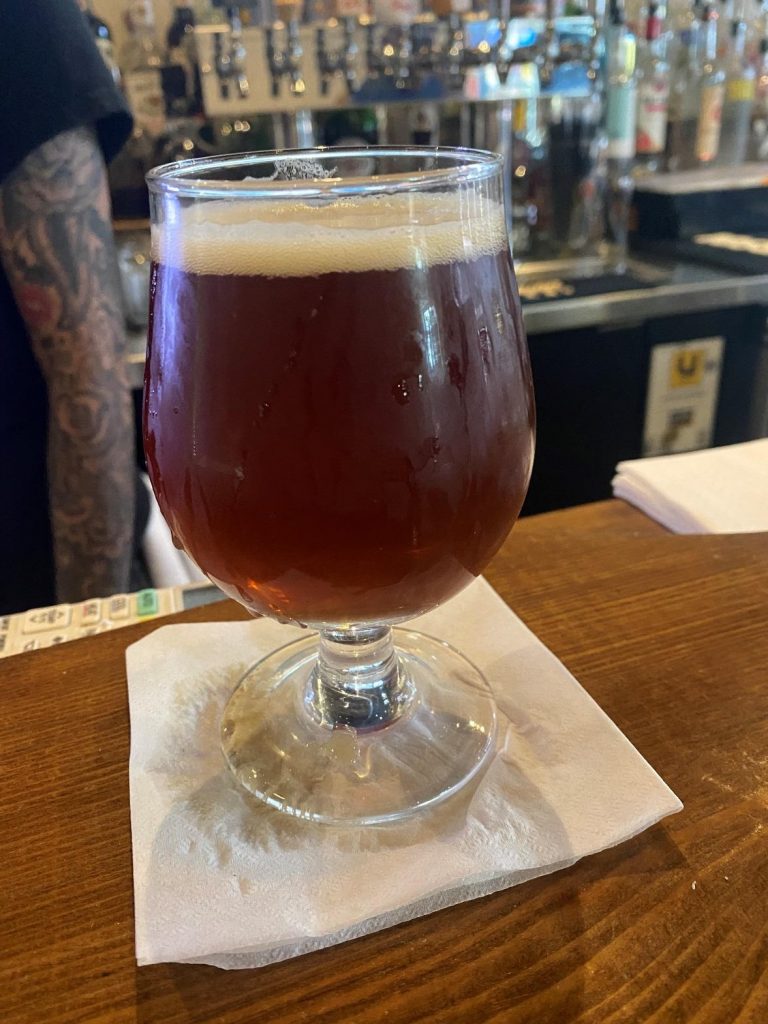 After the wings, it was time to move on the 6.8% ABV Tangled Aggression Amber Ale from Monday’s Brewing.  This is one of my personal favorite beers in the city, and I’m stoked I can get it somewhere other than Monday’s taproom.

Tangled Aggression is a beer that moves through all the main flavor profiles.  At first, you’ll get hit with a nice bitterness that quickly fades into a smooth spiciness that then ends with floral notes.  It’s a flavor experience that few beers can provide. 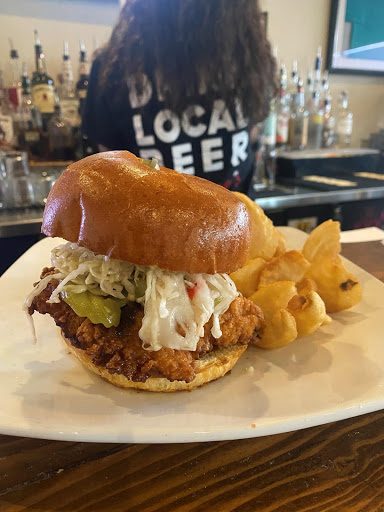 For my main course, I went with the Hot Chicken Sandwich.  This sandwich features their firecracker slaw and pickles sitting on top of a spicy, battered chicken breast.  It has just enough heat to warm up the tongue, but then gets cold down nice by the slaw and beer.  It’s served with these pretty neat spiral steak fries.

This sandwich is bigger than it looks.  I took half home (and ate the rest right out of the fridge later that evening). 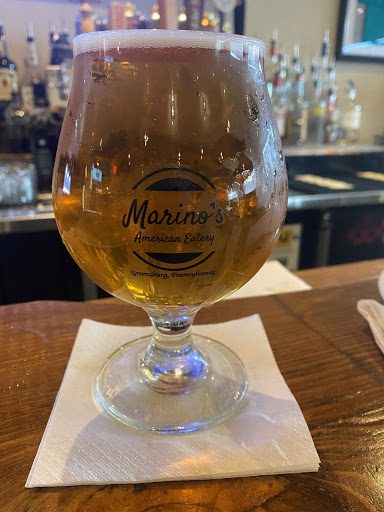 After dinner, I wanted something sweet, so I ended my trip with a Vanilla Bean Easy Blonde, a 4.7% Blonde Ale from Unity Brewing.  It’s a nice, clean beer that balances the vanilla bean flavor well.  A great post-dinner drink and a great way to cap off another perfect meal from Marino’s. 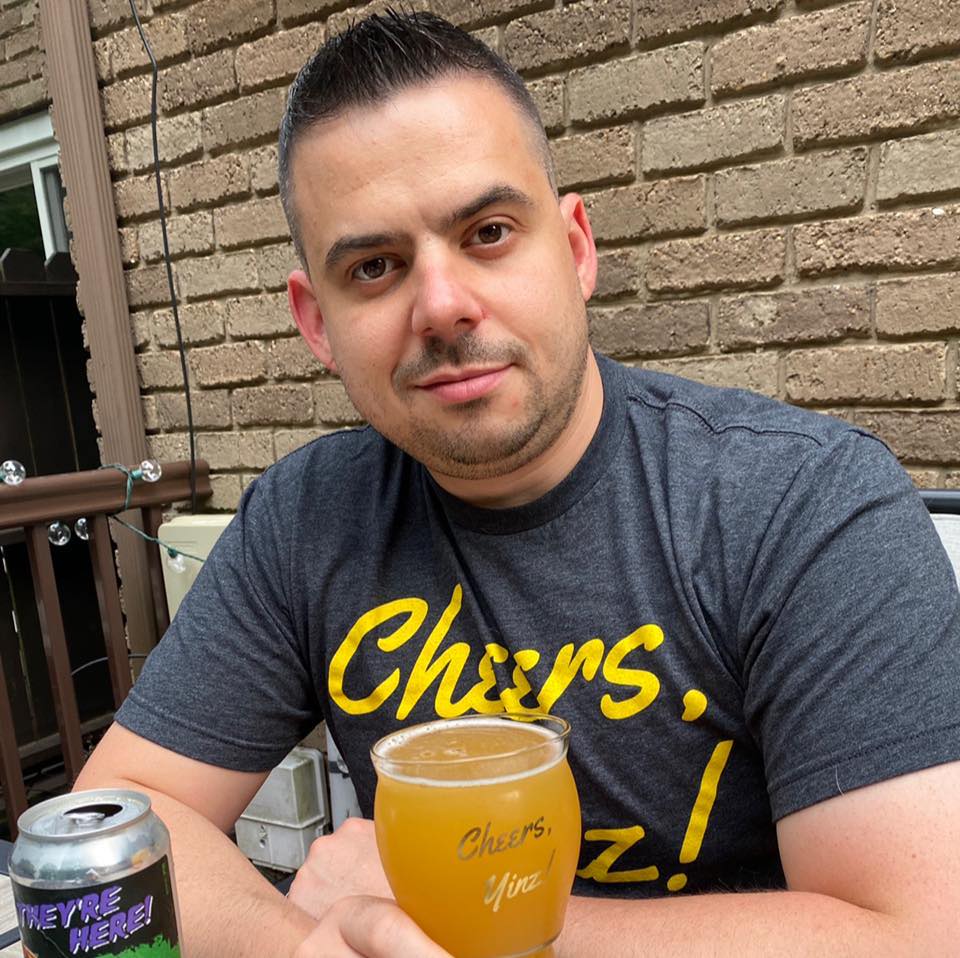 Ryan is the founder of Fueled By Hops, an online community, blog and merch store for craft beer fans. A life-long yinzer, Ryan enjoys a nice, hazy IPA on a warm day, the Steelers, his two dogs and his wife (in reverse order). You can learn more about Fueled By Hops at FueledByHops.com.