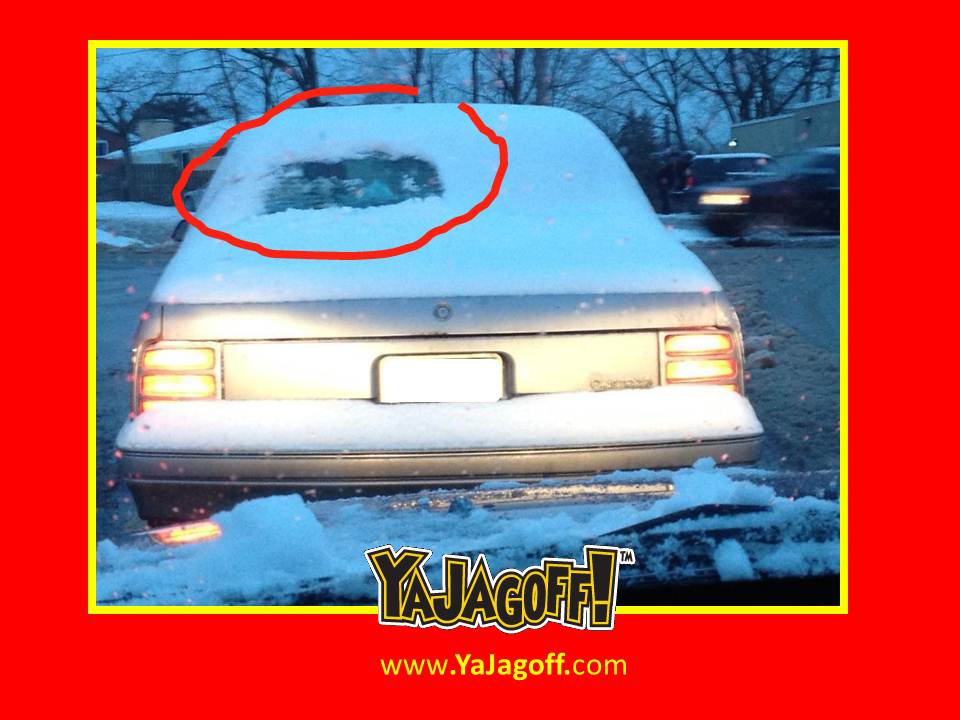 Happy 2013.  It’s about time we get back to writing a blog post!!!    And the first decent snow fall brought out the Jago-drivers.  The email, Twitter and Facebook channels lit up like our Christmas Tree that, according to Pittsburgh Regional Rules, is not permitted to come down until AFTER the Orthodox Christmas.. DESPITE how dry and how big of a fire hazard it becomes.

The picture above came in via Facebook with this note:

Posting on behalf of my sister Lisa ______ who was lucky enough to be behind this genius. What kind of JAGOFF clears off only half of their rear window ?!?!??! 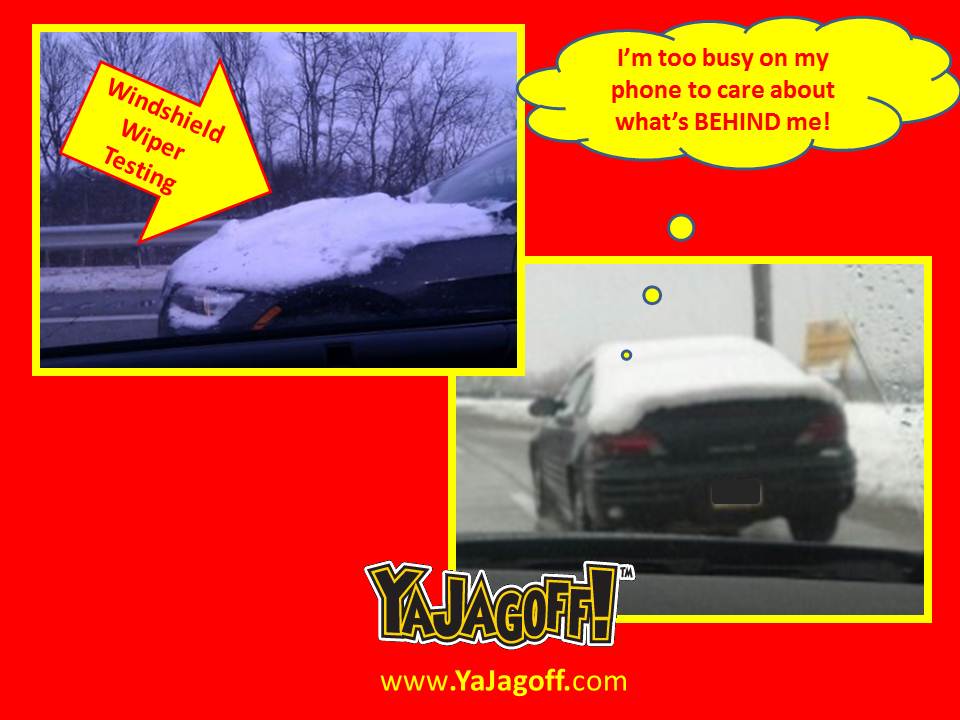 It would appear that last year’s way-to-warm winter has made us soft snow-drivers.   Not only did a bunch of people drive HORRIBLY in last week’s snow but, CLEARLY some forgot about the Pennsylvania Pull-your-sweater-sleeve-up-over-your-hand-And-use-your-arm-to-clean-your-windows-off-while-the-car-heater-is-running-on-high law.

Yes!! Cleaning the snow off your car IS a law.. and it doesn’t mean just clearing a speak-easy-door-secret-password-opening sized spot off of your back window!!!

What does the car at the top of the page think they’re gonna see outta that back window??  And check out the driver who didn’t clean off the hood of their car…. maybe he/she wanted to pretend they were in the opening of the show Star Trek on the way to work… all of the snow flecks blasting at their windshield as they drove 65 mph down the highway.  And then the third car.. didn’t even make an effort to clean off the back window….maybe THEY just decided to hit all of the potholes on the way down the road to SHAKE the snow off of the back window.

Who knows what they were thinking but, what we are DARN SURE OF is…..that snow is gonna fall RIGHT off those cars, the second you all slam into a pole, a wall or another car because ya can’t see, Ya Jagoffs!!!!

for being our first Honorary Jagoff Catchers of 2013.