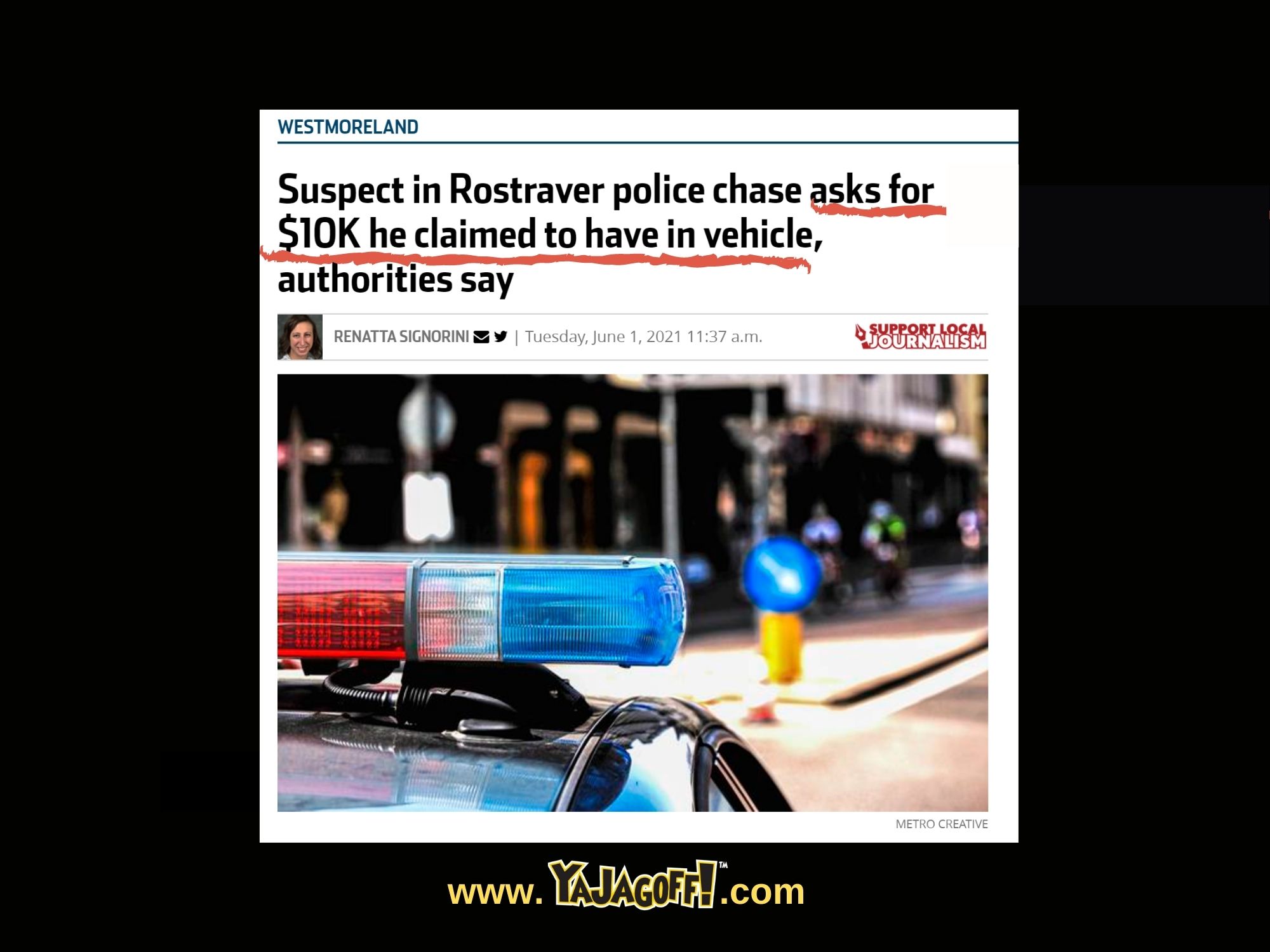 Well, you can debate the question all ya want?  Is this person a dumb criminal or a smart criminal?

“After a Clairton man was apprehended during a police chase Saturday in Rostraver, authorities said he asked for $10,000 that he claimed was in the SUV, according to court papers.”He is charged with fleeing from police, driving under the influence, reckless endangerment, possession of a small amount of marijuana and related misdemeanor and summary offenses. See full story TribLive.com.

Guilty or not, seems like asking for the $10,000 back makes you have to explain WHY you had $10,000 of cash in your car in the first place.  Hmmmmmm…was it maybe better to just relax  until you make that one phone call and kind of ride this out until a bud could check the car a little later?

Either way, now that the cat, or the $10,000 is outta the bag, AND the car, so now we need some alibies. We’re no famous Pittsburgh defense attorneys but here are a few alibi suggestions: