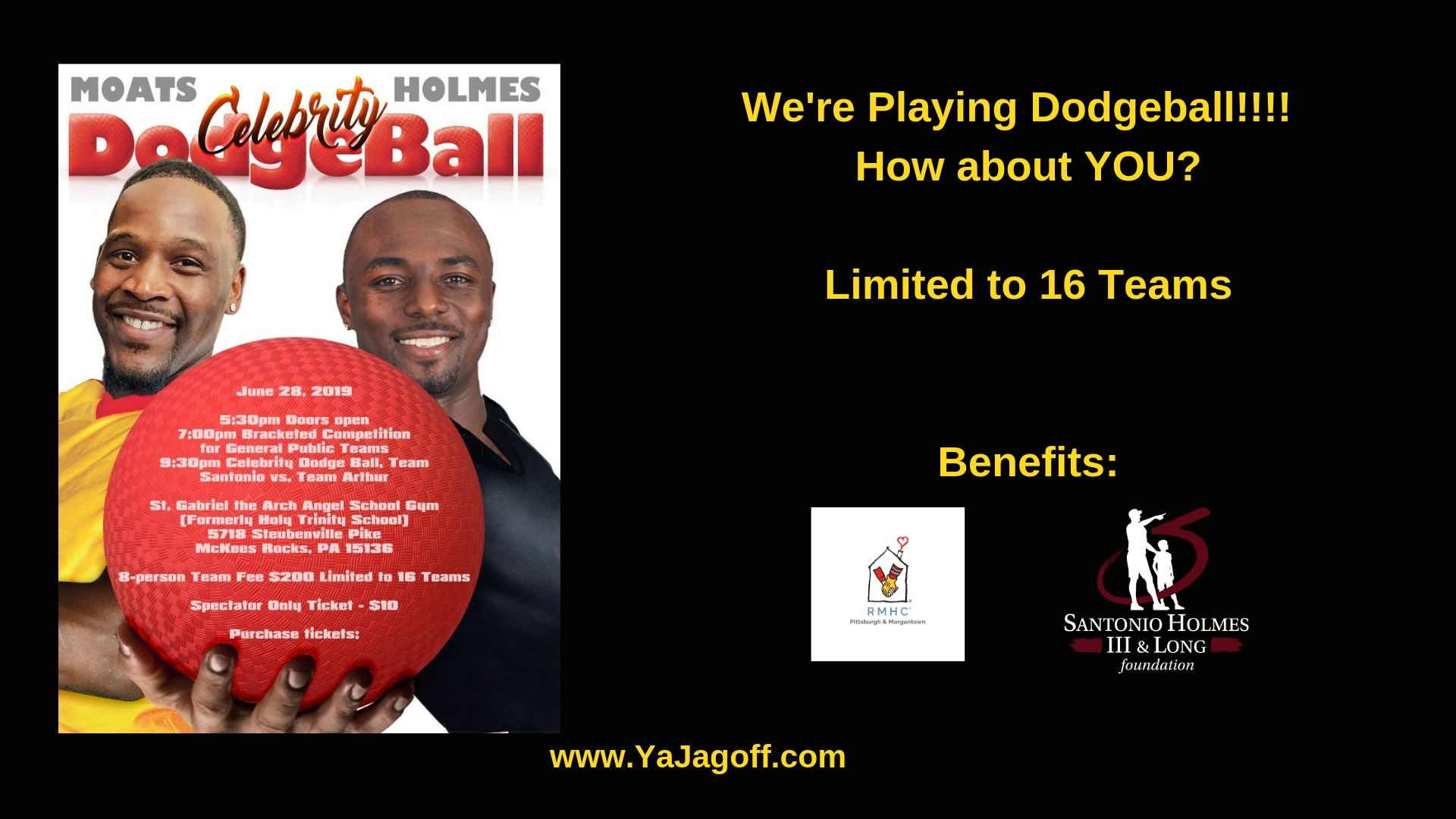 MOATS VS HOLMES IN CELEBRITY DODGEBALL

Not a bad intro?

But how about: In one corner, Super Bowl MVP, known for “The Catch,” yep it’s number 10 himself Santonio Holmes. In this corner, known for taking down the one and only Favre, referred to as Da Body, Don’t Cross the Moats Arthur Moats.

I say drip it with drama. After all, we’ve been talking about it for months and finally the opportunity is here. Introducing the first ever dodgeball tournament celeb style with Holmes and Moats. These former Steelers, but forever friends, are going to compete and want you to play. The site is live and waiting for your 8-person team to register. Only $200 per team, which is $25 per person to play, mingle, take pics with and maybe participate in the final celebrity match!

Not one athletic bone in your body? Dodgeball doesn’t take a ton of skill. Not one for getting hit with soft dodge balls? How about just a spectator pass? That is also available for just $10! Enjoy food a chance for the kids to get in on the action, a friendly game of dodgeball and support the Third and Long Foundation as well as the Ronald McDonald House.

Who:  Moats Vs Holmes and Third & Long and Ronald McDonald House:  Dodge balls to Raise Funds

REGISTER AND GET TICKETS HERE