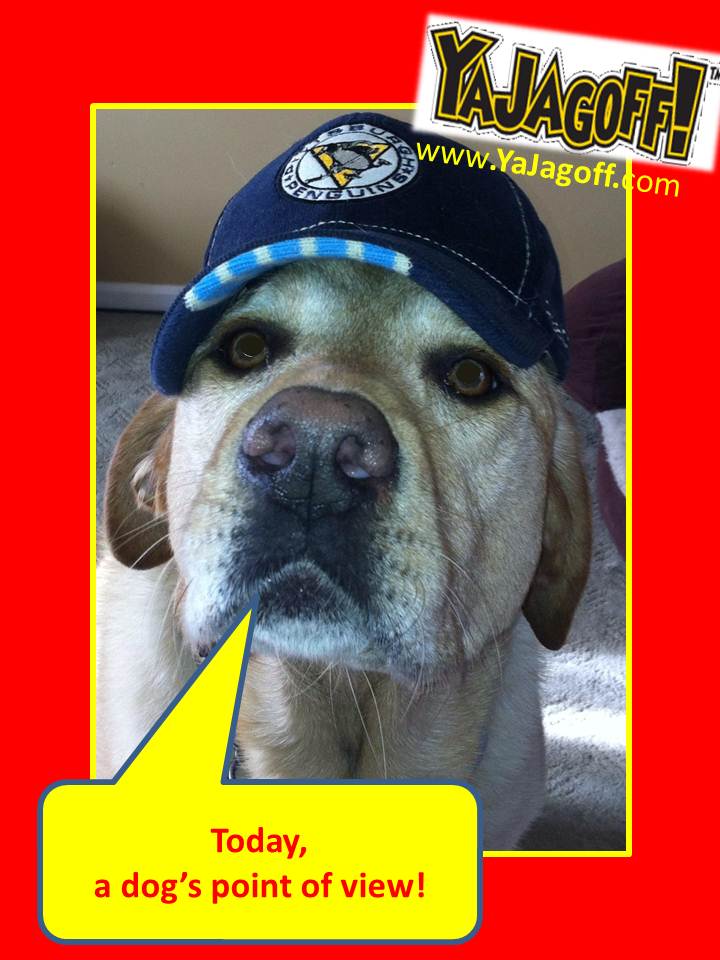 Back in 2012, when the Steelers beat Michael Vick, my dad posted the photo below. 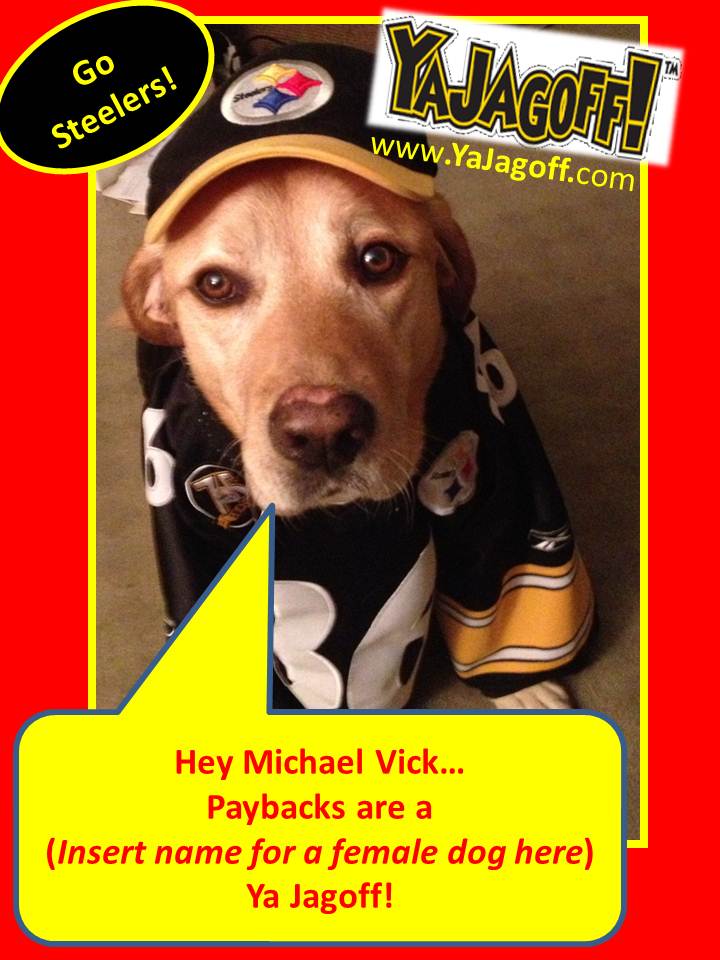 He says it got SHARED a lot but I’m not sure what that means since I pretty much don’t share anything… bones, food scraps, dirty socks or couch space included.  I’m not even sure he had the right to post my photo but, he gave me a pile of Milk Bones and I accommodated him!

By the way, it took me forever to type this blog.  First, the keys aren’t big enough for my paws. Second, I get frustrated when I see internet pictures of other dogs and they have no scent for me to snarf up.  My nose also makes the screen a mess and I keep hitting my eye on the corner of the laptop screen when I try to stick my head out of the Windows 2007 icon!!  My dad has also blocked any websites with pictures of fire hydrants… I don’t know why but I also know that he told me that I wasn’t allowed to “MARK” any of my favorite websites.  He says it would short out the keyboard!

OK.. so on to this Michael Vick “sitch” which is a word I hear kids in the neighborhood say.  I was born near Cleveland but I have been a Steelers fan since I was a “young pup!” (Get it??)  Yesterday I had to watch the news about that dog-torturing-Jag Michael Vick coming to Pittsburgh to play as a backup quarterback?? I cheered with everything I had (ran around the house barking) for the Steelers to NOT sign him.  When he was playing for other teams, I would hope that the other teams’ defenses would bite him, stick their finger in his eye through his face mask AND give him one of those “I just ate some grass and some of my old poop” dog burps right in his face while they were on top of him.

To be honest, I really didn’t understand 100% of the words that were coming out of the TV yesterday.  (I really only understand the words SIT, STAY, WALK, PEANUT BUTTER, TREAT and PAW.. which means TREAT eventually). Hold on one minute…..(fart)….heee!  Whew!!  That smelled like sausage.. time for me to get up and move and look at my butt while I walk away.

Here’s the thing… the Steelers needed this controversy less than I need to go chase a ball for no good reason in the middle of a hot day. Lots of people complaining and lots of people saying, “Hey, he did his punishment, let it go!”  Me? I just hope he doesn’t move in next door and start offering Milk Bones because I will be just as torn about him as all of you.

To those saying they will not watch Steelers games any more, BEEE CAREFUL…. don’t forget that replacement #7 jersey you had to buy after burning the old one when HE got in trouble!

WAIT!  While I have the bully pulpit, I have to say one more thing, I don’t know who’s test-tasting the stuff but “beef flavored” dog food is BOGUS!!  It tastes NOTHING like the steak scraps I have been sneaked under the table a few times, Ya Jagoffs.