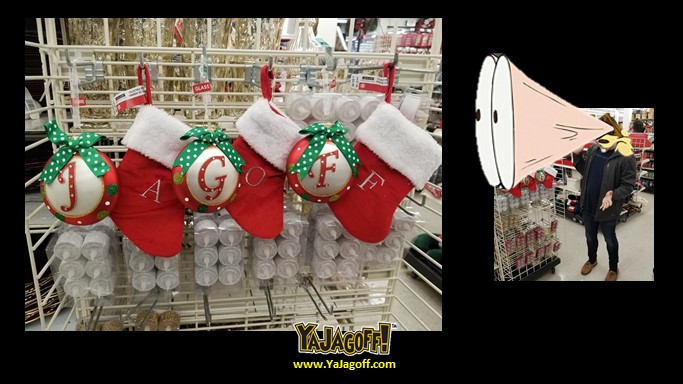 Ok… here’s another person who took the challenge from last week.  It’s great to see the level of creativity ramping up on this.  This particular in-store Jagofferor chose to use 2 types of media to create their in-store sign.

And, even better, they took a pic of someone walking by looking … I mean.. GAWKING at it. Of course, we didn’t have the permission from the gawker to use their photo on the internet.  So, instead, we substituted a cartoon character making the same exact face as the person in the pic did!

This pic certainly gets high points because it appears to be on an aisle end cap! I mean.. we dancin’ in the moonlight on this one baby!

Keep ’em coming!  Send your pics to John@YaJagoff.com OR just private message the facebook/twitter or Instagram page!  Keep those creative juice flowing, Ya Jagoffs!  (HINT: like who is gonna spell the word with cars in a parking lot then take a pic of them from a helicopter?)

Thanks to Leslie Gray for the pic!