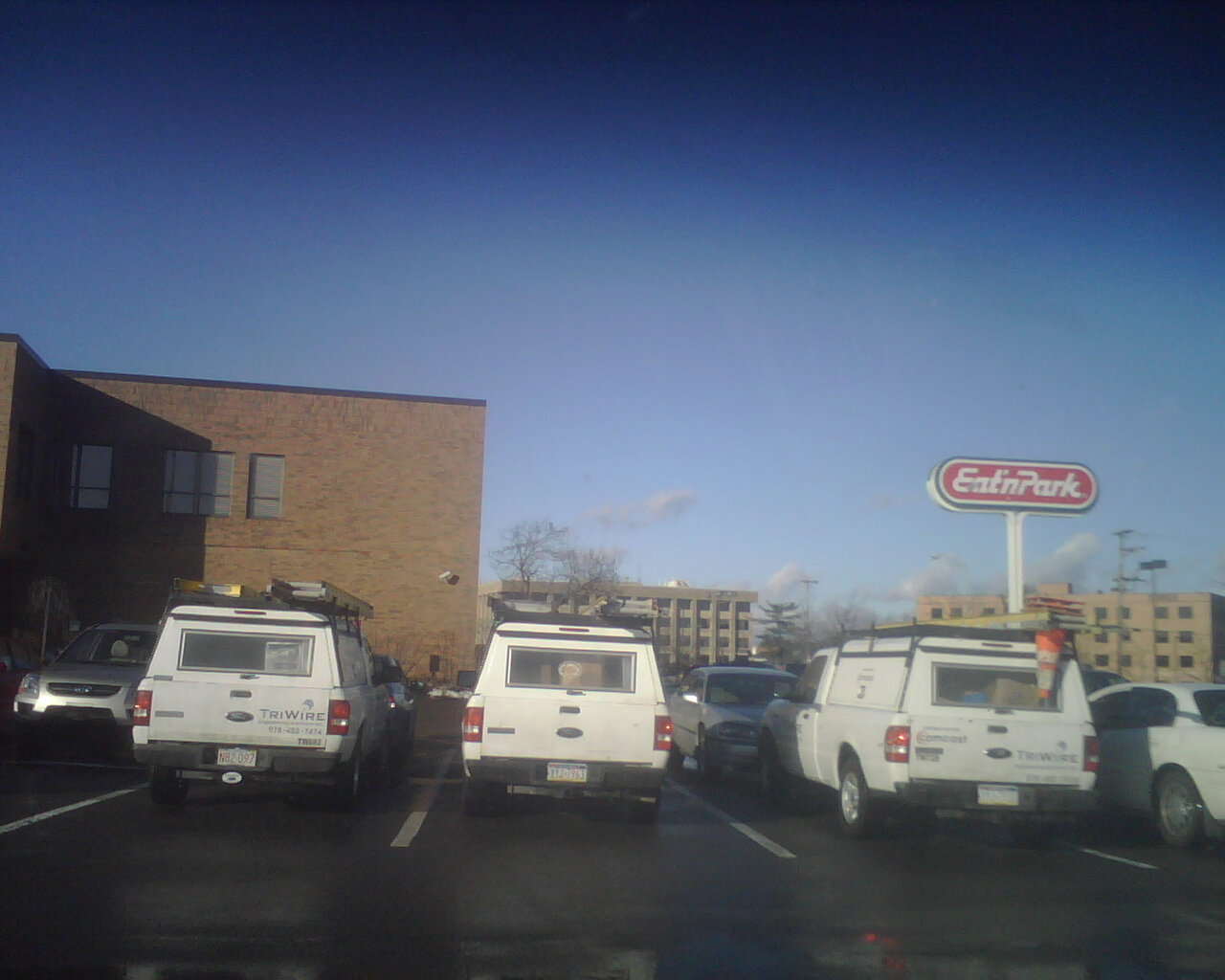 I cannot believe that Comcast hasn’t appeared in this blog before.  What were WE thinking???

Here’s a quote from the NPR site 2 days ago:

Comcast was voted the worst company in America last year by readers of Consumerist.com. The cable company said it’s shortening the amount of time customers have to wait for service. And if a technician is late, customers get a $20 credit to their account. The improved service won’t be fully rolled out until next year. (Click HERE For Link)

Is there anyone out there that is, or has been, a Comcast customer that HAS NOT had the “When’s the cable guy gonna show up?” experience?   Even better, it has only taken 1 year (he says sarcastically) for them to figure out that they need to fix it!

Well, it looks like it’s working, see the trio of Comcast trucks above.  I wonder if these guys called each other the night before and said, “Hey, I’ll meet ya for breakfast some time between 9am and noon.  I can’t give you a specific time because I have too many customer service calls to make first.”

Hey Comcast, in the battle of “Who Sucks Worst” against Verizon, you may win the game by taking all of your customers some of those fresh Eat ‘n Park SMILEY COOKIES!  (Maybe THAT’S what these guys were doing.)  Here’s an improvement plan, how about getting all of your employees “retirement watches” while they are STILL WORKING so that they can follow along the day with the rest of us, YA JAGOFFS!

Photo provided by Facebook Follower Gary H.  Thanks for being a Jagoff Catcher!

Also, check this “Comcast Post” out by Seattle-based Blogger, Tim E. Jones on View From The Bleachers.