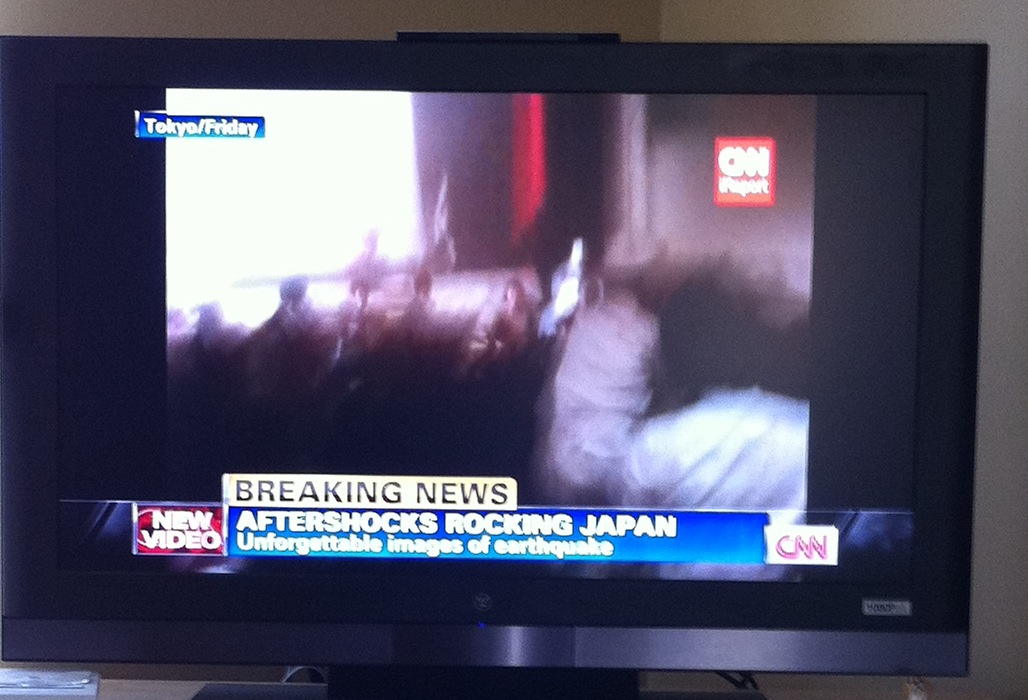 News people have a tough job.  Especially when they go live or have to fill for time.  But sometimes, I wonder if they really are educated or if they are just attractive mouths!

CNN, like all other outlets, is showing video of Japan earthquake in action.  Fascinating stuff.  So they roll this video of a conference in a Japanese hotel.  Anchor explains that the crowd turns CHAOTIC and we see everyone yelling and scattering for safety.  Then he says, “Let’s listen to the what they’re saying…”

Hey, Mr. Goodhair Anchor Guy, FYI: They’re all yellin’ in JAPANESE!!!!  I have NO CLUE what they’re saying, YA JAGOFF!!!

(Reminds me of a time, BEFORE THIS SITE WENT LIVE, when a local Saturday morning anchor announced “Breaking News” that there was an accident in the Squirrell Hill Tunnel and “our chopper is over the scene.”  Really??????  What will I see?)