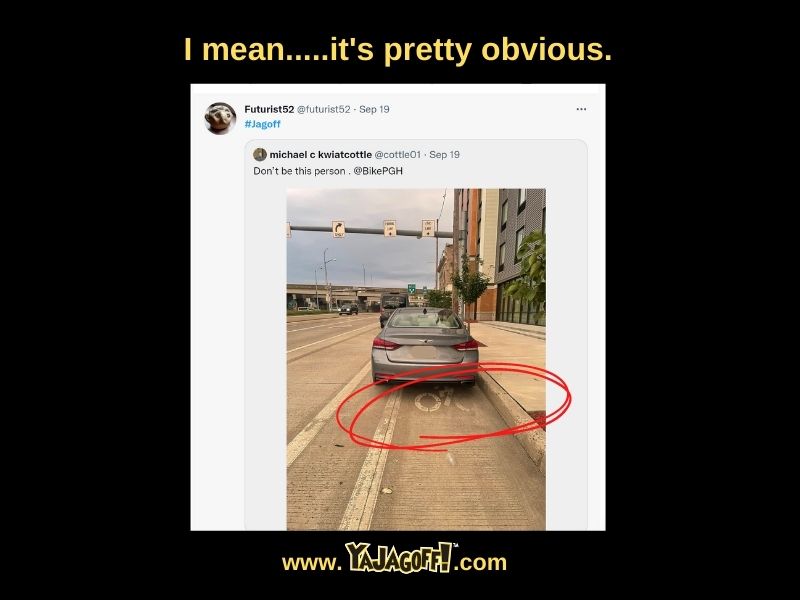 Sure, we get it. Some folks don’t dig the bike lane expansions going on around the area but.. they’re here.

So to protest, do ya just park over top of the bike lane marking and say, “Oooopsies! I didn’t see the marking!” But then again, there’s that sign hanging right above you’re head!

Maybe it would be legal if you had a bumper sticker that said, “My other car is a bicycle.. and I forgot that I had this one today,” Ya Jagoff!

Thanks to @Futurist52 and @CottleO1 for being Honorary Jagoff Catchers !