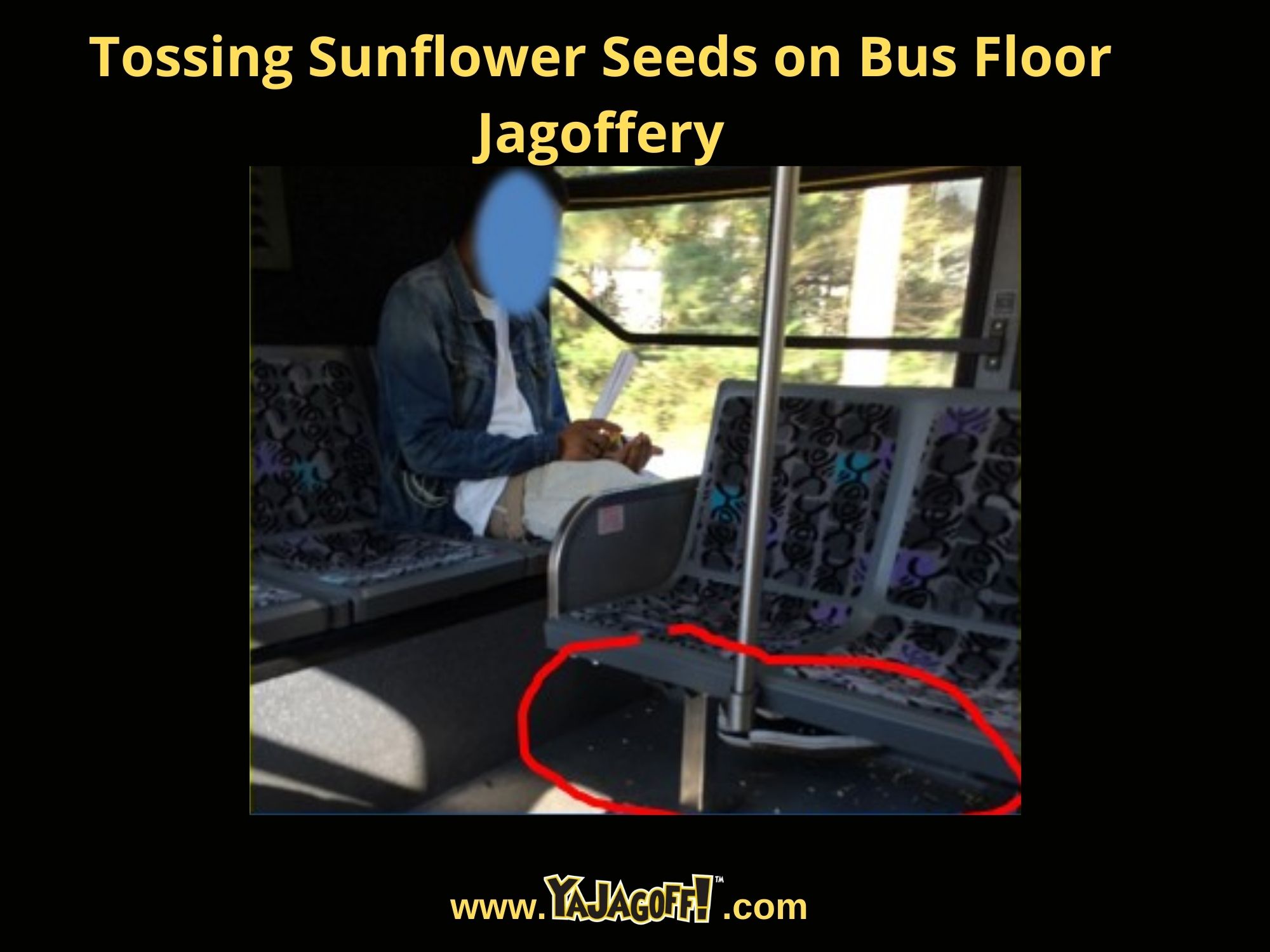 We all know about Pittsburgh’s “Going Green” initiatives.  But this guy seems to have a different understanding. He doesn’t get that the whole “earth returned to earth” thing is for the OUTSIDE!

He was sitting on a Port Authority bus… enjoying life…relaxing…eating sunflower seeds.. and throwing the shells on the bus floor.

What?  Did ya watched too many Pirates games last season …watching the boys in the dugout spitting shells around the diamond.  It IS plausible ya know..maybe some people aren’t used to watching so much baseball and picked up some bad habits!

Hey Johnny SUNFLOWERseed… (did ya see what I just did there with the APPLESEED thingy?)…as my grandfather might say, “Would you do that in your own house?” WAIT!! Don’t answer that.

Seriously…. this is a bus.. that other people use also.  It might not be the most timely, the most efficient or have the happiest drivers but we clearly don’t need to be following YOU around the system with a ShopVac.  I would appreciate it if you would NOT throw your shells around on the bus.  I have shared my seat with some unique riders over the years and I would prefer not to find myself sitting next to a family of RACOONS!

If ya wanna throw shells on the floor, go to the Park House, Ya Jagoff!