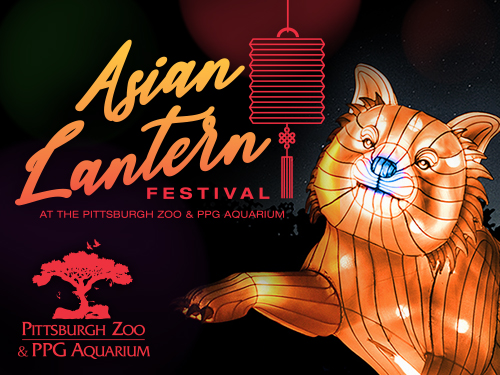 They’re back and bigger than ever! The Asian Lantern Festival returns to the Pittsburgh Zoo in two weeks with an all-new display, featuring guest favorites from days past: dinosaurs!

Explore the Zoo at night among giant luminous handcrafted sculptures, including extinct and endangered animals. Learn about Asian history, culture, and enjoy themed food and entertainment.

If you were one of the thousands of guests who marveled at the show last year, 2022 will feature a completely new, not-to-be-missed display of lanterns.

The Asian Lantern Festival features exciting and educational entertainment from local performers, showcasing cultural elements from Asian Americans and several of the countries of East and Southeast Asia. Demonstrations and performances included with admission. Dates subject to change.