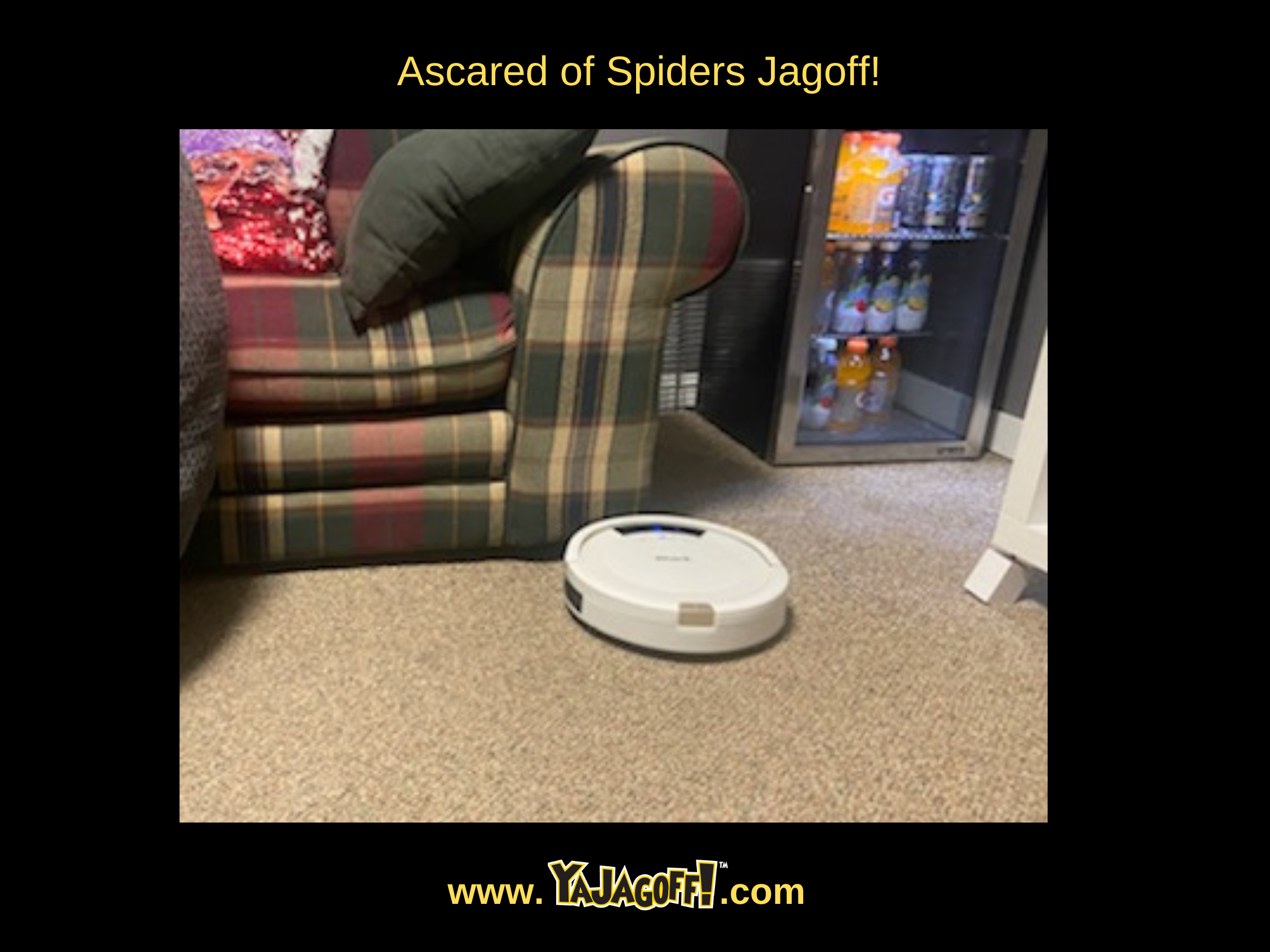 My middle son is spending his summer eating, sleeping and playing a video game regularly with friends remotely. Last week he flew up the steps with a blank screen on his phone because fear took over not allowing him to capture the tarantula that took over his gaming space.

After two days of internet picture comparisons, one Adidas shoe on the steps “just in case” it came up the steps to take over our house, he wanted his game room back.  He enlisted the help of our rumba to hunt down the mother of all spiders.

After its usual few laps around, the rumba avoided the area under the couch where the enemy resides.The rumba literally marked its territory to avoid the spider, who is now taking over the family dwelling once known for Mario Super Sluggers. Mission fail, rumba.

After three days of laundry piling due to fear of the spider, my husband caught the nightmare using the Adidas shoe. Rumba, are you ascared, ya jagoff?