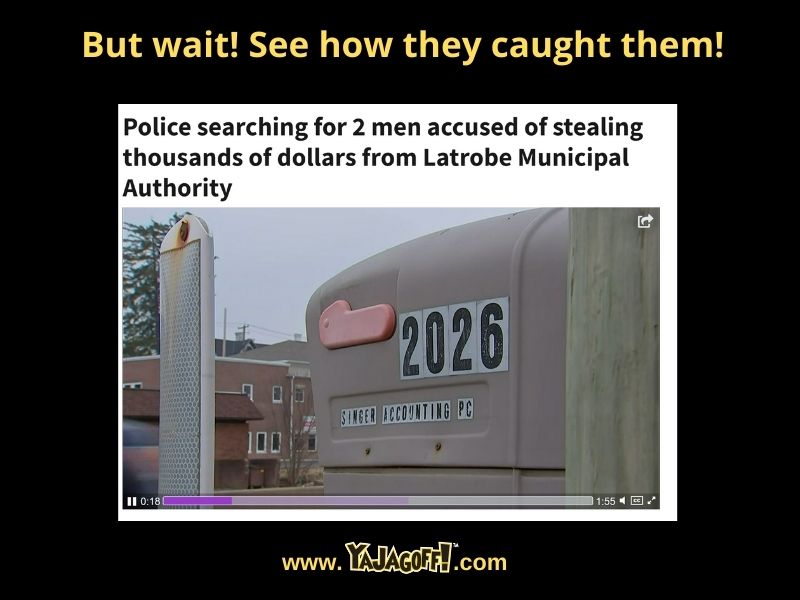 Some guys ALLEGEDLY thought they were real smart to get some fast money.  They ALLEGEDLY stole some checks out of a mailbox, did some fancy things with them, then were able to make checks to themselves and keep the money.

State police said the suspects used a washing technique on the original check and created five more counterfeit checks. ”The check had been manipulated, the name was changed, dollar amount was changed and subsequently cashed against their account,” Singer explained. ”Then (they) take that check, replicate it, make it out to themselves and random dollar amounts that added up to over $10,000,” Trooper Steve Limani said.

Not sure what all of that means but it sounds super smart!

And then there’s this.. the NOT SO SMART part:

The ALLEGEDLY thieves, used their real photo ID’s to cash the checks!

”The banks were smart enough to ask for ID, so we have a copy of their ID as part of this investigation that clearly identifies who they are,” Limani said. Police identified the suspects as Michael Machay and Bryan McGraw.

Haaaa.. wut??  Are you kidding me?  They did all of this fake checks stuff, wiped them clean or whatever, reprinted them, blah blah blah blah and then used their actual photo ID’s to cash the checks.  Boom! Police know exactly who to look for.

Dudes.. this all sounded so brilliant and we were like, that’s so #$#%@ing smart… but, sounds like you used all of the brain power on the first 99 1/2 yards but then fumbled the ball… I mean like flaunted with the ball, did a flip and gave the other team the finger at the last 1/2 yard but fumbled the ball before crossing the goal line to celebrate.  Now the police just have to find ya.. which doesn’t seem like its gonna take to long .. since the police have your picture, address and names.. YaJagoffs!