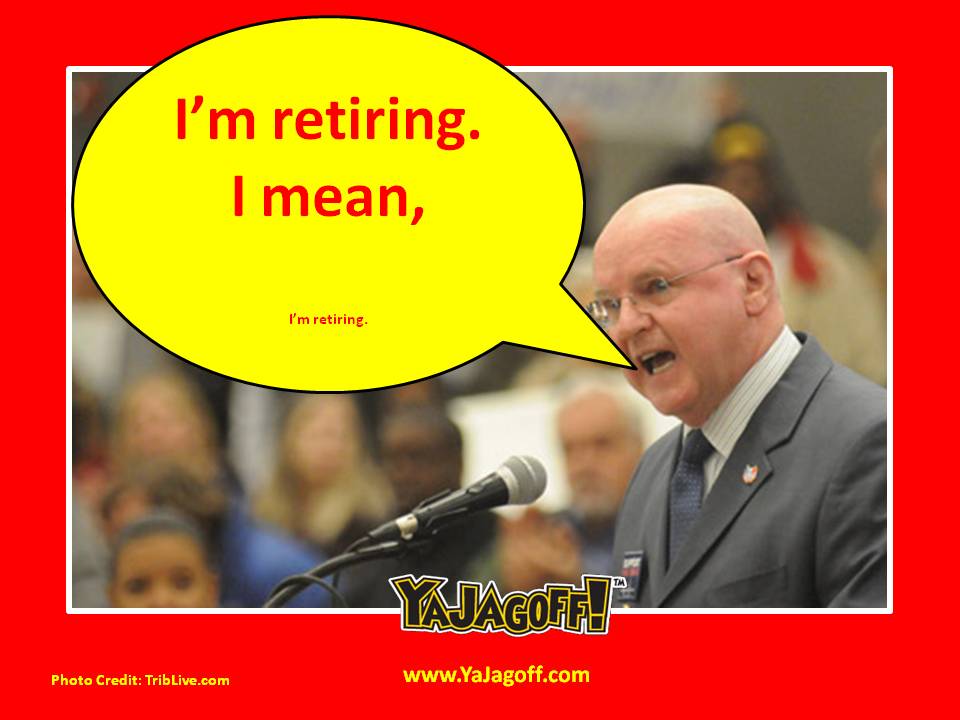 If it wasn’t for someone emailing us last night, this would have just passed us right by.

What  kind of public figure, especially a walking powder keg like Transit Union Leader Pat McMahon, distributes information of their retirement to the press on a Saturday (vs. a normal news day), especially a Saturday when the news if is FLOODED with information about ongoing Pitt bomb threats, and the Pirates are playing .500 ball (after 2 games but still big news) and the Penguins are playing the FILTHY FLYERS in the last game of the season where there’s a Battle Royale fight expected?  We’ll tell ya who… someone who’s trying to sneak away!!

Here’s the link to the Trib’s version of the story .

Of course, he notes in the article that he submitted his retirement paperwork a year ago, but, a guy like him, why such a quiet exit?

And here’s quote from Mr. McMahon that outlines EXACTLY how he thinks:

“Right now, I’m having some second thoughts (about retiring). There’s a feeling  that I’m bailing out. But if you wait until all the fights are over, you ain’t  never going to be leaving,”

The “Fights!”  Yeah, THAT’S what union leading is about for him, FIGHTS!

Patty-potty-mouth, we believe, you’d probably be  pretty fun guy to have a few beers with.  Also guessing you’re probably one of those guys who we WANT to be our friend because you would defend us LOYALLY to the death, no matter how big of Jagoffs we might be.

On the other hand, other than Stevey Bland-Personality, we can’t think of anyone else who’s more responsible for poor bus service provided to this community.  Yessssss… we understand your role as a union leader is to rep your rank and file.  But, the qualities of a TRUE leader are knowing when to throw the scallywags overboard (vs. defending them) and a true leader only uses FIGHTING as a last resort!!

In the time it took us to write this,  we got the low-low-down on where you are actually headed.  We confirmed that you and Ken Melani are going into a human resources “best practices” consulting firm.. featuring “Dr. Ken’s Top Tips On Punching Your Way Out Of Relationships In the Work Place” and your “WWE Anti-Bullying While Whacking Someone In The Head With A Chair” policies.

Good luck in retirement, Ya Jagoff!!!

A big shout-out to Tom, for emailing us this info and who is now, our Honorary Jagoff Catcher!

In this article: Pat McMahon, retiring