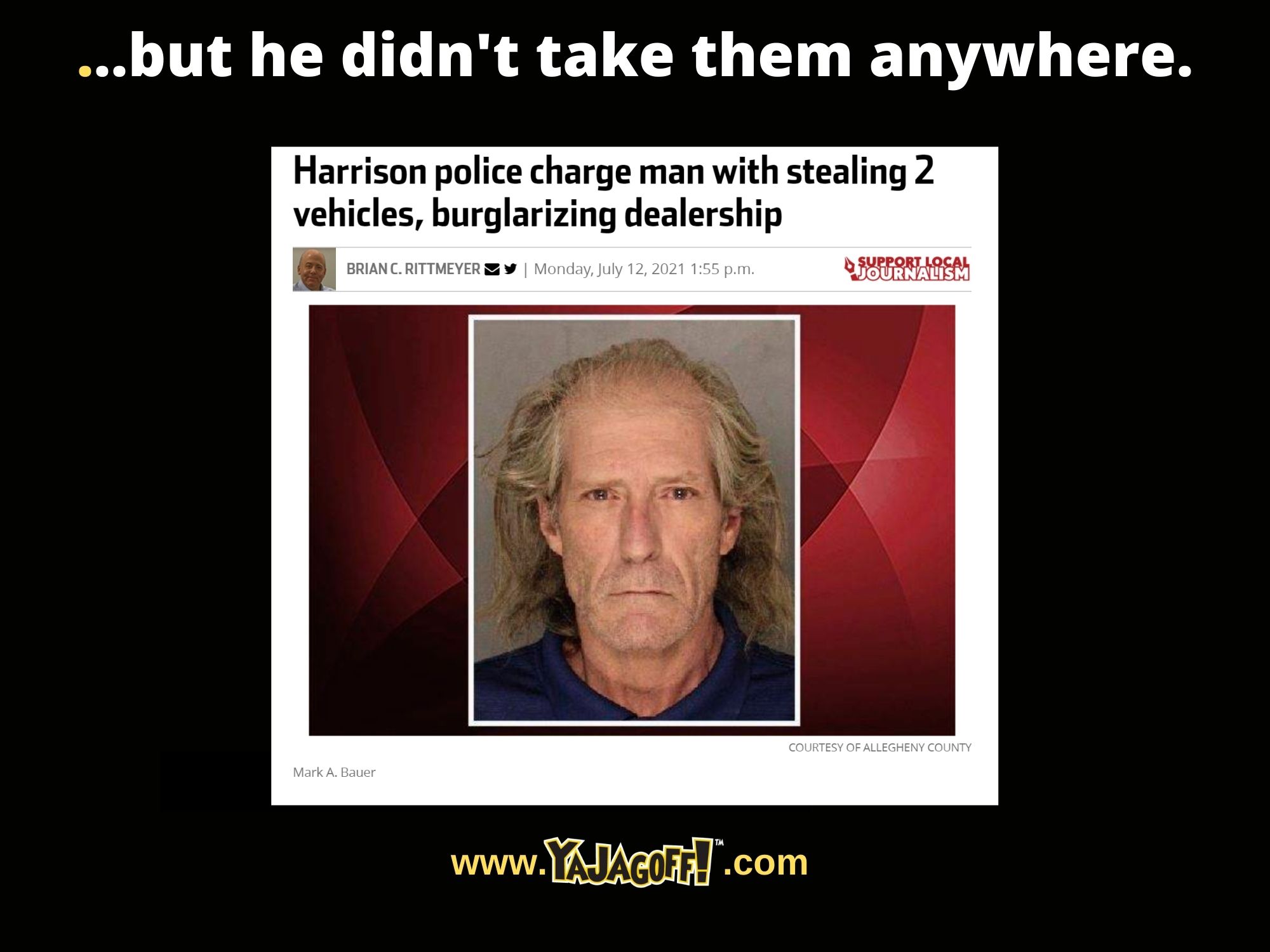 Look, we’re not “thief whisperers” here at YaJagoff.com but, we think that, if you decide to steal a car, ESPECIALLY in a small town like Harrison Township, that you take the car for some kind of cross country joy ride or, at least something more creative than to the local parking lot or your booty call’s apartment. Or have an objective like, “I needed a car to go see a sick relative in (insert name of town other than your own)” Don’t just start stealing them and parking them around town within a few blocks from where you stole them!

Well, Markie-mark, the article says you don’t have an attorney yet so, if you’re reading this give us a call.  Here’s our suggestion on an alibi, “I am in training to break the Guinness World Record for valeting cars.” It sounds silly but not much more silly than you ALLEGEDLY stealing a car and parking it 4 blocks away in a public place or letting people see you driving a car when they know you don’t own one… Ya Jagoff!