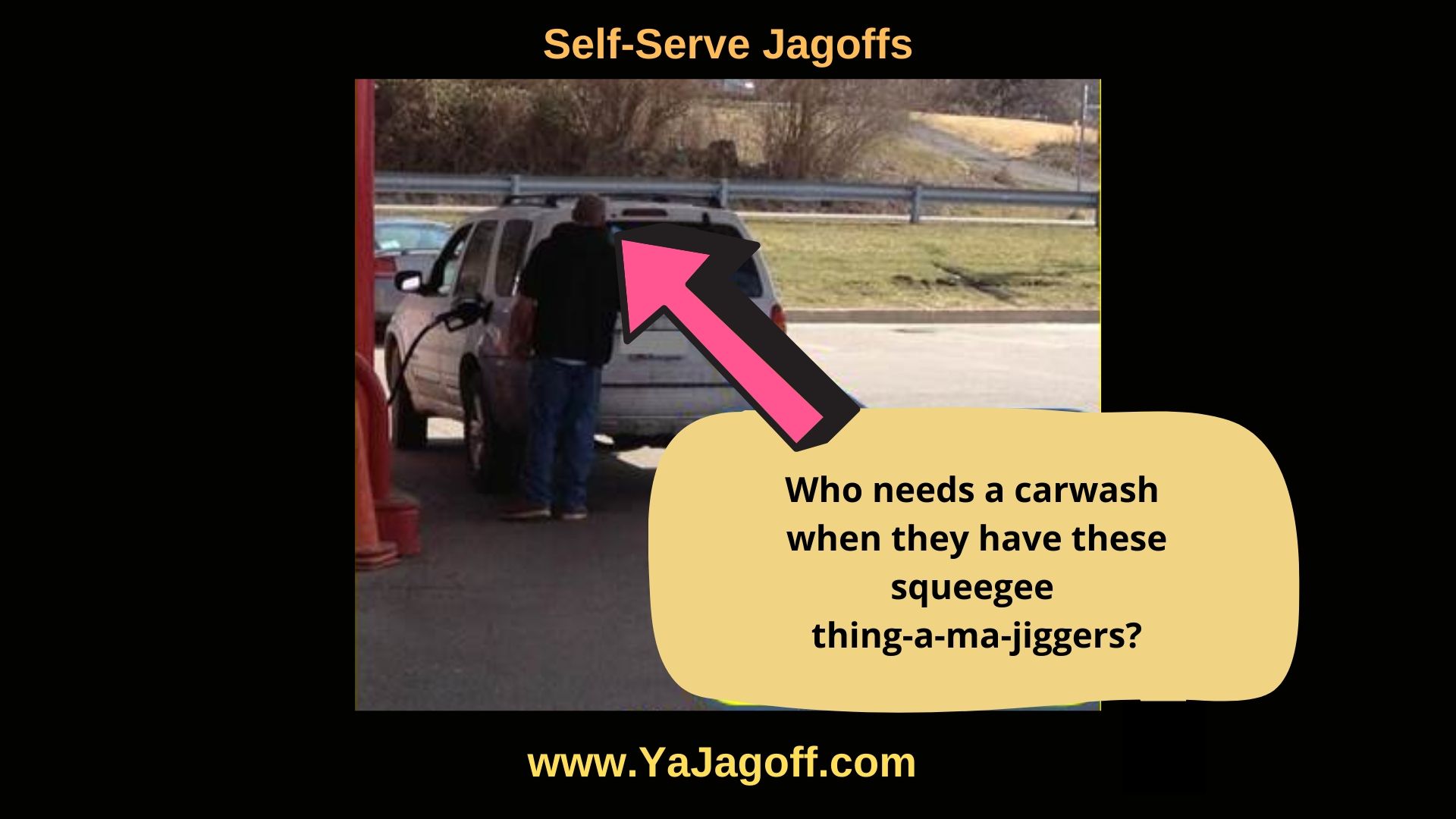 It is HARD to tell what’s going on in this picture from a local Sheetz store.  So here’s the tweet that accompanied the pic:

Washed the entire car with the squeegee and a bucket of window wash fluid.   It left the questions, like:

Hey Squeegee Squidward.. (how about THAT name??), thanks for tying up the gas pump while you gave your car a mani and a pedi.  Thank GAWD they give ya free soap back at the hotel!!  We  would have hated to see you standing at the pump for ANOTHER 15 minutes, with a bunch of those little wipey blue towels tied in a knot on your head and wrapped around your waist, while you scrubbed your underarms and dinkydoo with that same squeegee.  You probably would have ALSO jipped into the tire filling station to blow dry your hair, Ya Jagoff!!!