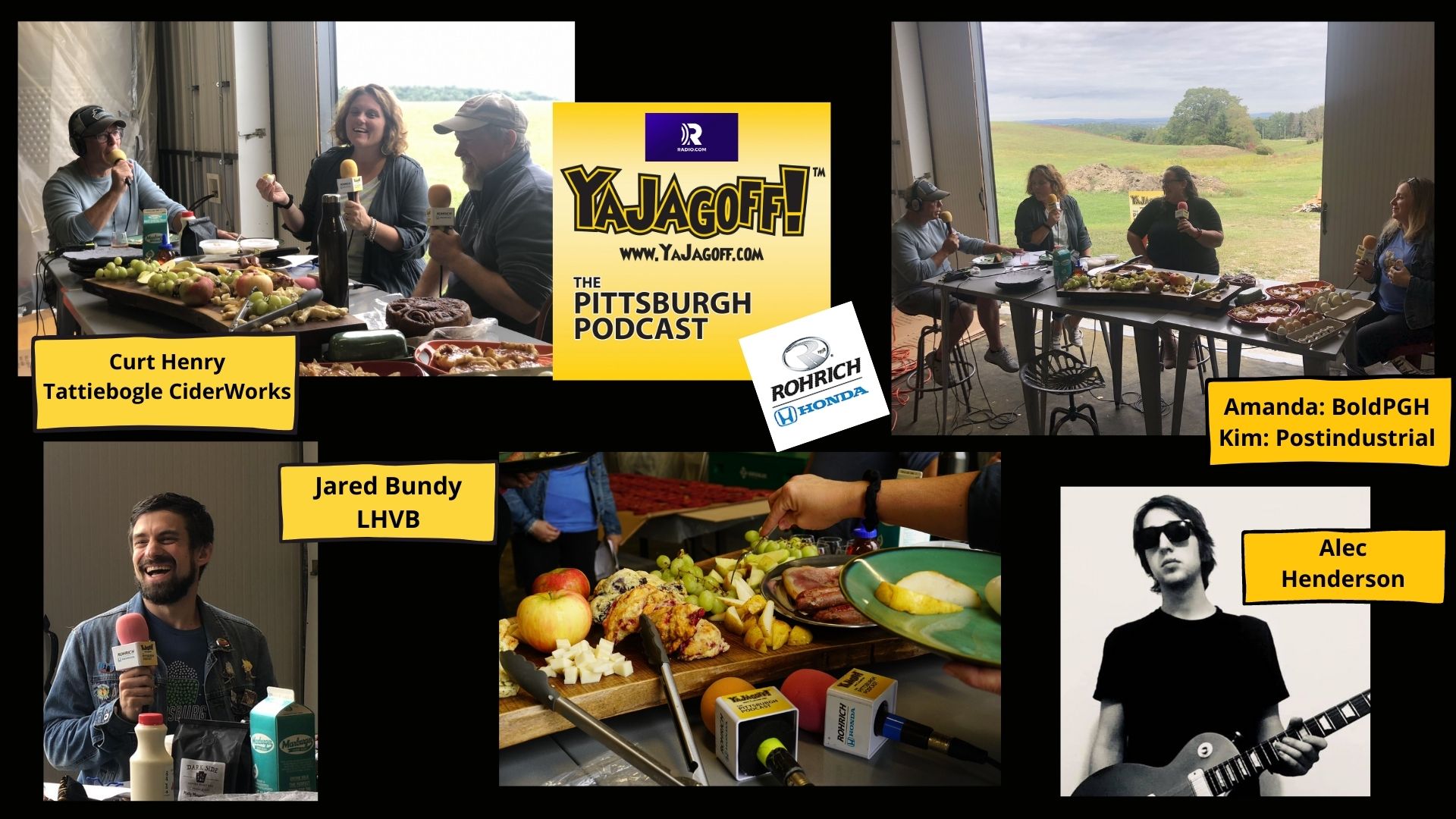 A Jagoff Journey Dahn to Tattiebogle

Another road trip for the jagoffs and another tasty one at Tattiebogle CiderWorks, and John and Rach could get used to it. We brought two media mavens, Amanda Narcissi and Kim Palmiero, to taste test and determine what to pair with cider for niche events. Plus, the Laurel Highlands Visitor’s Bureau weighs in on having a gem like Tattiebogle in their backyard and Alec Henderson touts some tunes thanks to the recommendation of Tattie owner, Curt Henry.

Rohrich Honda is like the great and powerful Oz or a bunch of Oz’s.  They have all the answers about smart car buying and no curtain to sit behind.  In fact, they are transparent about when to buy or lease and what financing works best.  Plus, you can count on a showroom full of models like CRVs, Odysseys, FITs, and more.  Online help is always available and as always visit Rohrich.com for all of your vehicle needs.

Your signature cider flavor would be?

What was on the blog:

Co-owner of Tattiebogle CiderWorks, Curt Henry combines flavor, craft, and tradition to bring the best in cider. Set to open his cidery in October, Curt talks about bringing cider education to the forefront of his distillery, while showcasing other local favorites in dairy and decadent sweets that make Laurel Highlands a day-trip destination.

Jerad from the Laurel Highlands Visitors Bureau discusses the hot spots to visit and why the LH is also considered the Playground. From outdoor recreation, farms/orchards, Frank Lloyd Wright favorites, and more, it’s the perfect getaway just outside of the Burgh. Did we mention the Laurel Highlands Pour Tour? Welp, it just means you must make a weekend of the stops you can make…and come thirsty.

CEO & Editor-in-Chief of Postindustrial Media, Kim Palmiero talks about the media’s extension of its very own magazine hot off the presses next week, as well as discussing what’s interesting to media outlets, all while learning that her indulgence may be cheese. Cheese curds to be exact. Watch out for the media’s newest newsletter, Swing State 2020, which involves stories from our region that will decide the next election.

Alec Henderson, based out of Greensburg, PA, is a 26-year-old writer and performer with a dynamic range that effortlessly goes in and out from acoustic ballads to groovy pop songs and heavy classic rock and blues. He had too many gigs to meet us and croon, but this Nashville and Pittsburgh performer is LH’s claim to music fame.