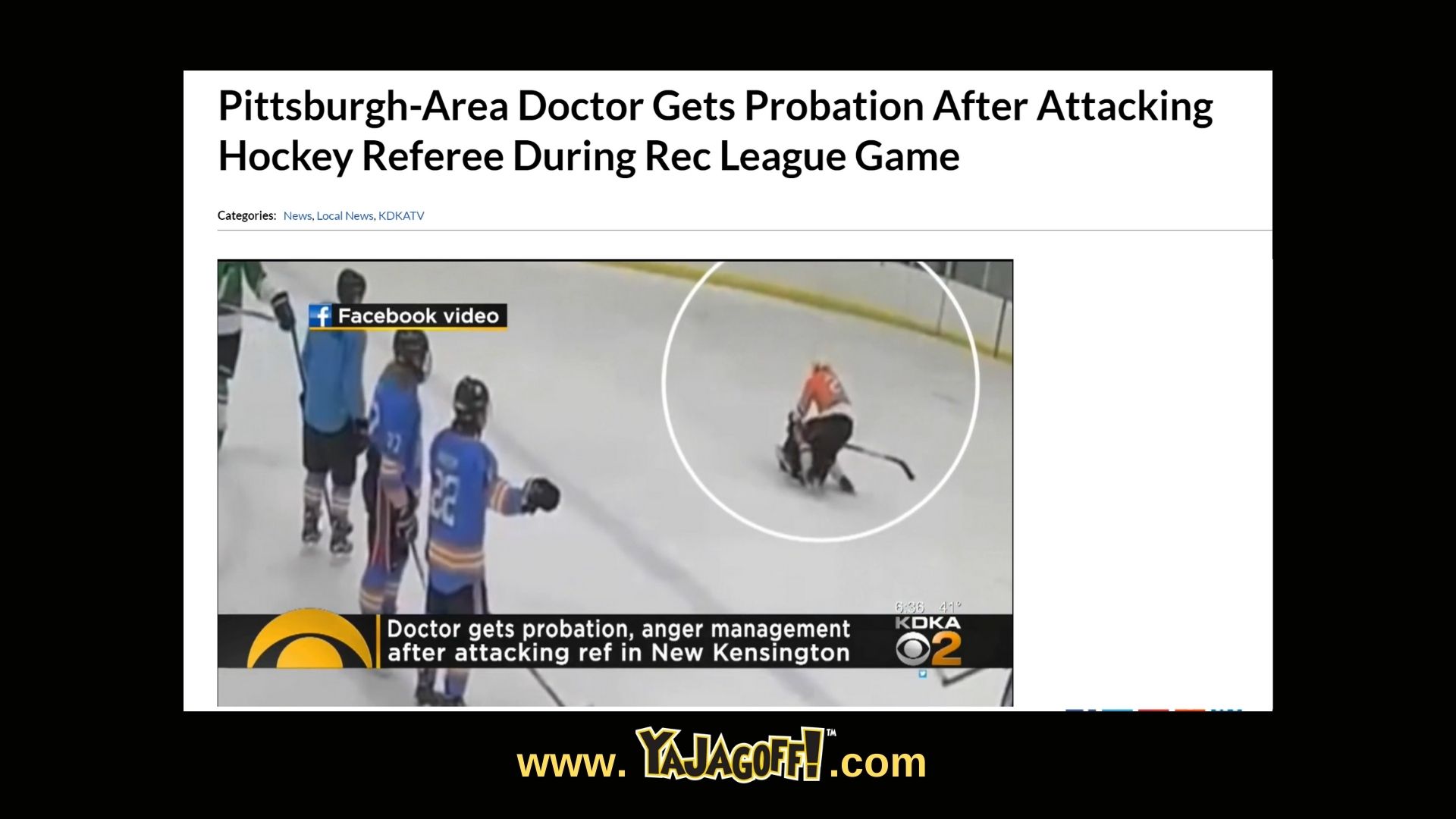 In case you missed this story on the news with all of the political and Covid-19 stuff, a rec league hockey game happened, and one of the “adult” players didn’t like the call that a ref made and .. well.. BOOM!  (See video on KDKA TV website.)

For those who don’t know, most of adult BEER league hockey games are more about the post-game beer and munchy skills and locker room camaraderie than they are about hockey skills.

Sure, there are times when one player feels the need to act like a studding male rams vs. displaying any personal or team pride or sportsmanship but it is infrequent. In this case… not so much.  (How’s that anti-bully, anger management stuff that we’re supposed to be teaching the kids working?) Seems that this guy gave the ref a little more than a “Hey Fred hi ya doin!” I mean, the pic above shows the player on top of the ref!

Hey “Stripes Crusher,” fighting at a beer league hockey game… let alone with a ref? For gawd sakes! If you’re gonna do that, at least be sure to fight over something worthy…. like the last post-game beer or the last available wall plug for a smart phone at an airport… let the underpaid BEER league referees be… Ya Jagoff!