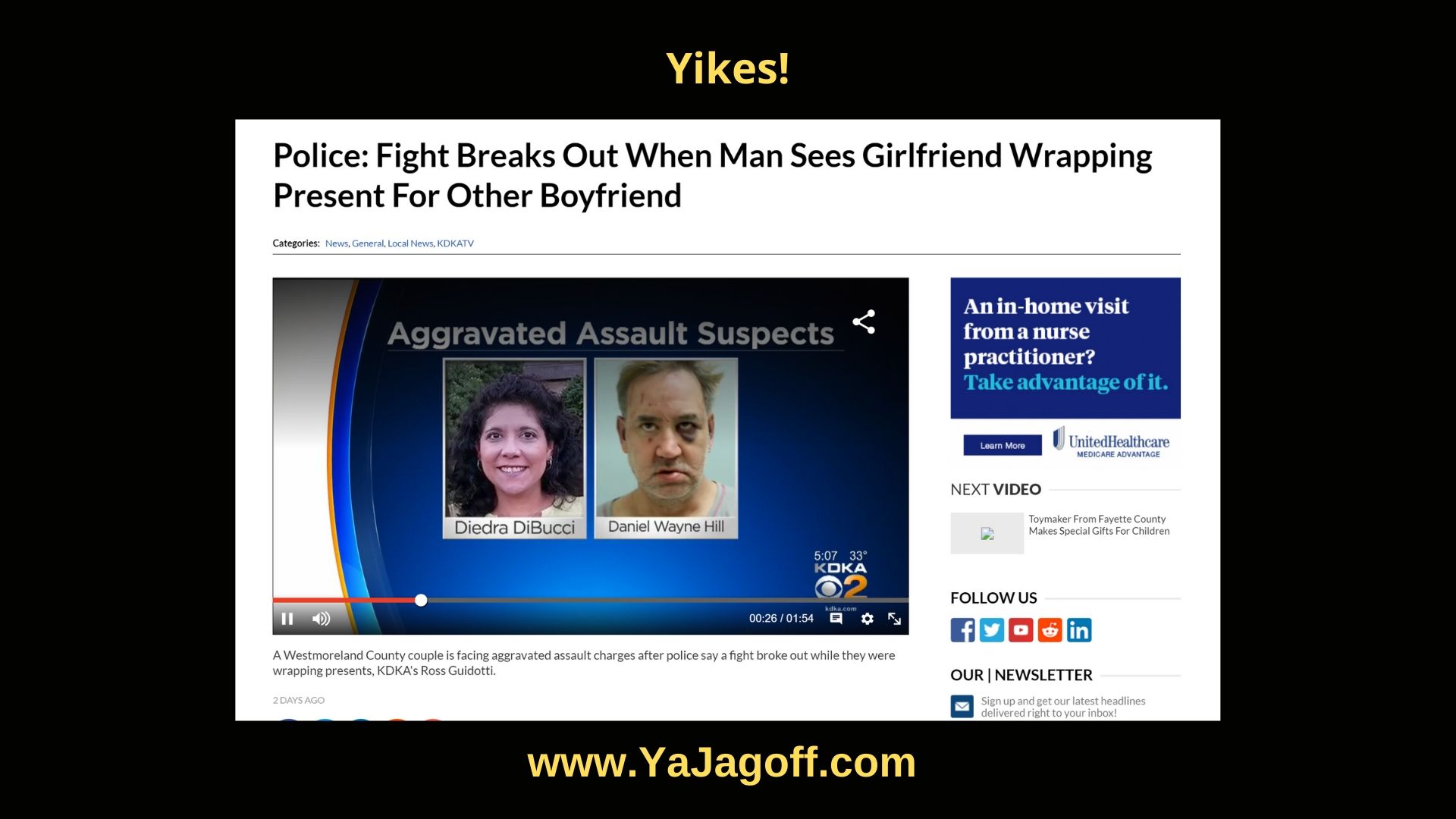 A Westmoreland County couple is facing aggravated assault charges after police say a fight broke out while they were wrapping presents. See story by KDKA’s Ross Guidotti here.

A woman and her boyfriend were both charged with assault for a fight she says began when he found her wrapping presents for another boyfriend. Daniel Hill and Diedra Dibucci, were arrested after the incident in their North Huntingdon apartment. Allegedly some alcohol was involved in the wrapping wrestling incident as well.

Editorial Note: Could ya have guessed that alcohol might have been a part of this?

Hey D and D…Merry Christmas.. your story has gone viral and we LOVE viral stories about Pittsburgh! EXCEPT FOR THESE KIND!  Diedra, you got your sidepiece a present and wrapped in right in front of you main squeeze? That’s either gutsy or Rookie mistake.  And D-man, she nailed that eye.. you need to be faster with your duck and run.

OR.. maybe you both cut out the spiked eggnog drinks next year? Nahhh… look at awesome Christmas Card pic you got out of this!

Diedra…next year.. either forgo the wrapping drinks, or the sidepiece but, if you do neither, when you’re wrapping for one of your sidepieces, consider think of using the free wrapping service at the mall so you can eliminate the chair-throwing-fist-wielding Christmas Eve wrapping wrestling match, YaJagoffs!