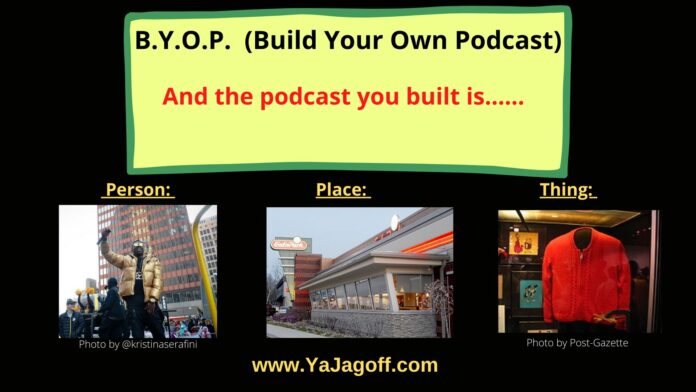 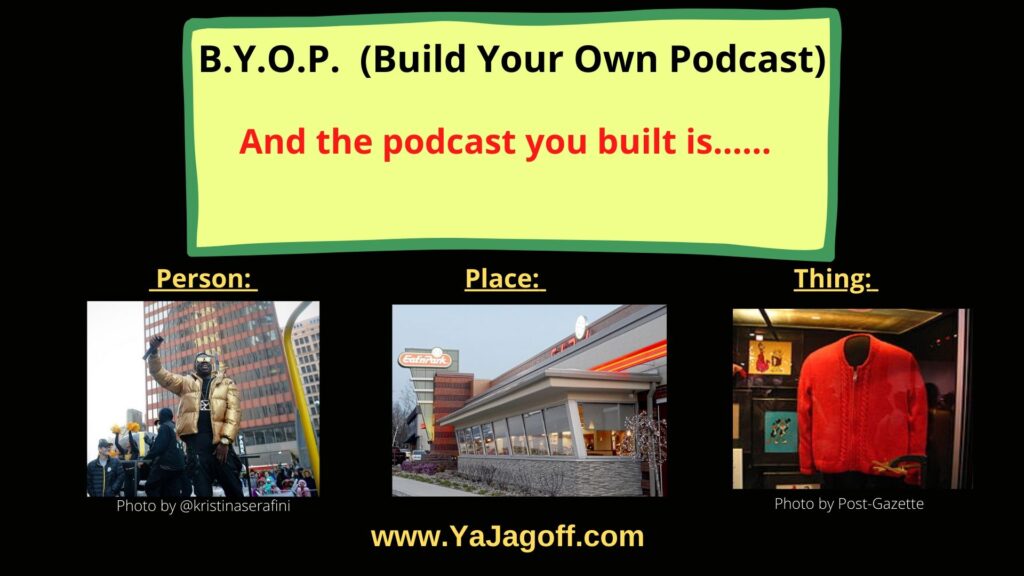 It’s a beautiful day in the neighborhood!  Our friend FRZY, Harvey Daniels, Emmy and Grammy award winning rapper for a remake of Mr. Roger’s famous tune tackled Hines Ward, passed up Shazier and double played Johnny Angel and Pete Hewlett as well as PTL powerhouse David and Heather! For what? He received the most votes for #BYOP and IS crowned the favorite PITTSBURGH person for Build Your Own Podcast along with his favorite thing, the Mr. Roger’s cardi, but the place for smiles, Eat N’ Park pulled out the W a hair over Primanti’s.

Thanks to all who shared and voted—the votes doubled the most voted round, which was round one.  Look for our #BYOP with Frzy at an Eat N’ Park where guests will have to wear Mr. Roger’s cardigans.

Oh! Just Park That RIGHT There!