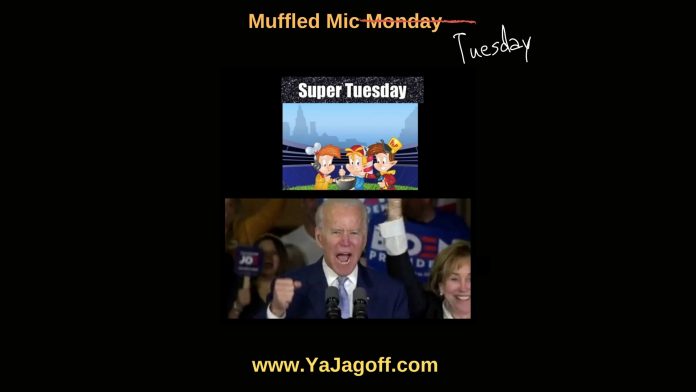 This is not a political debate or even close to a political opinion post. Rather, it is an opinion based on muffled mics set for THE hot topic event of the week, and quite frankly, the sound was so bad that it became a train wreck.

You guessed it, Super Tuesday. Now, could I go on about the crazy hype that it got? Like the fact I thought between the graphics and production put into the event that it could have been a Super Bowl ad?

OK, but that aside there is someone hired to make sure that production is up to par. Especially the sound! I get it that there is a political thrill after winning over a state, but listening to the winners speak was literally shrilling for my ears. Granted, I continued to watch the super, super Tuesday, (said with an exaggerated Al Roker voiceover) after all, it was history. So, I continued to listen to the microphones pound, thump, shrill, shriek and at some point, I swear the rice crispy characters danced on the Biden shoulders repeating snap, crackle, pop.

Can’t say the sound was much better in the studio with the NBC gang. But at least that scenario had Chuck Todd moving around a great bit, and I am pretty sure he wanted to recreate the1985 movie ‘Clue’ with Tim Curry. I was waiting for him to say that the mystery was solved for super, super Tuesday and to feel the Bern, Biden had to be in the caucus with the microphone and thanks to the help of Mrs. White.

No politics here, just some production improvement hopes, Ya Jagoffs!.