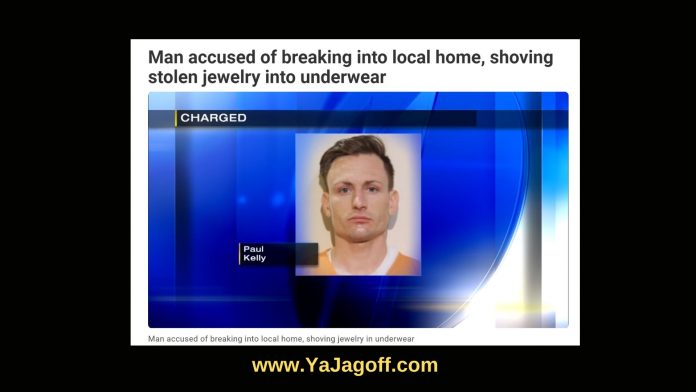 So this guy…. tries to be a robber but…

Police are searching for a suspect’s gun that he allegedly dropped in between breaking into a home, shoving a large amount of stolen jewelry into his underwear and attempting to escape on his motorcycle.

On top of that, his getaway motorcycle kept stalling out and he eventually ended up on it stuck in the woods!

Paullie..may we call you Paullie? Its a whole lot better than “dumb @$$!”

Details, details details! I’ve never been a burglar but, I’d have to think that, if you’re gonna use some kind of getaway vehicle, the first item on your To-Do List would be, steal gas or steal a West Penn AAA PLUS card, FIRST.

And next time, howzabout a bag to carry all of your loot because, right now, you’re the laughing stock of burglars for stuffing it all into your undies.. bringing a REAL meaning to, “the family jewels” Ya Jagoff!