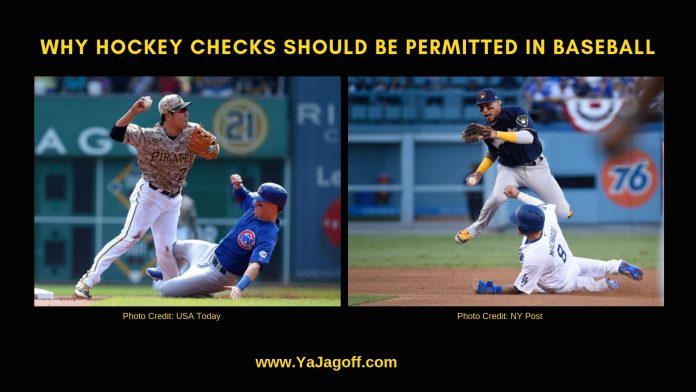 As baseball is getting ready to start, this seems like a good topic.

Listen, I know as much about the technical side of baseball as I know about the quantum theory of electromagnetism, Quantum Chromodynamics.  On the other hand, I do know B@#@ $h1% when I see it and, those two pics above are B@#@ $h1%.  Both slides resulted in significant injuries.  One, of courses is the Pirates Jung Ho Kang getting taken out.  The other is the Brewers’ short stop going cole-slaw-over-fries after getting his leg taken out with a slide.

A RIGHT-FIELDER IS RUNNING TOWARD THE WARNING TRACK TO CATCH A FLY BALL AND BOOM…A GUY FROM THE OPPOSING TEAM JUMPS OUT FROM THE WALL AND THROWS A HIP CHECK ON HIM.

THE SECOND BASEMAN, GETS TO WEAR CATCHERS GEAR AND CAN TAKE LOWER HIS SHOULDER ON THE INCOMING RUNNER…HOPEFULLY HE HAS HIS HEAD UP.