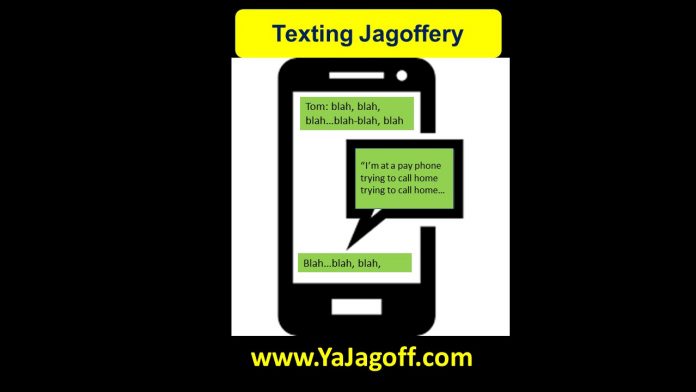 Today’s blog, written by Rachael Rennebeck, co-host of the YaJagoff Podcast… while John was out getting some cigarettes and condiments!

Simple technology question…is there a cap on the number of message recipients that can be housed on one text message?  Like is it 20 plus for any reason?  After all, if someone is adding 20 people to a group text something is up! I mean is it like a cool family picnic demanding all of the one side of the family MUST wear red. Then there is always the coach who has clearly hit his limit of years coaching but still adds his team as a group instead of exploring other options.  Finally, there is that guy who isn’t planning a party, doesn’t care about conversing strategy with the team, but for some reason one by one adds recipients to one text message just to discuss the day.  It is not a random pet peeve, a no need to get annoyed practice…rather it is a fair pain in the rear for many reasons.

Easy, easy fixes for the most part. So follow the EASY steps of how to use a go to meeting for multiple attendees needed. Tap the app feature on your iphone or android and follow the EASY instructions to download a team app for communication.  But the notification indicators can send anyone into a tizzy.   Multiple people on one message means multiple message responses that can simply be the word ok, or a thumbs up, accompanied by a bell ringing, a bird chirping, a buzzer buzzing or better yet the mother of all notifications which is a downloadable sound or app purchase by that tech savvy guy!  The one who captured the refrain to the new Maroon 5 song which serves as the notifier every time someone texts or responds to his multi-person text about NOTHING.

So thanks super savvy guy in front of me in the Starbucks line ordering the banana and strawberry smoothie–not even coffee–and not jamming to “I’m at a payphone trying to call home” rather answering message after message from a group text inadvertently distorts a really good song. Hope the froth from the smoothie you bought from the coffee capital of the world doesn’t interfere with your sing-along text messaging….ya tech-savvy jagoff!