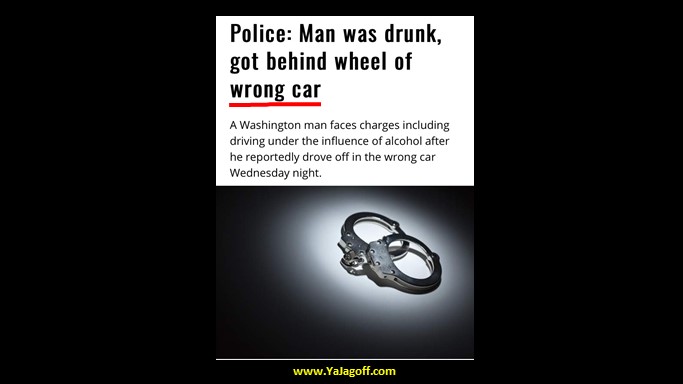 An “allegedly” intoxicated Steve G. jumped into a car to drive it.  The bad news is, the car was not his.  The short version is that Steve found a car, with the keys in it and running, and mistook the car for his own (despite the fact that he still had his keys in his pocket probably… or even in his hand)  Details in Observer-Reporter.

No word on if the guy had mistaken it as a “self -driving” UberCar or a Lyft vehicle and claiming to not understand what “self-driving” actually means.

Fortunately, this thing has an easy fix.  First,  slow down the drinking to a point where you’re just trying sweet talk a taxi driver into hitching a free ride.  Second, and this one is REALLY novel, don’t try to drive ANY car while you’re ALLEGEDLY smacked up with I’m-all-turnt-up-for-a-big-weekend-night–out fu-fu drinks, Ya Jagoff!

We’re Playing “Jagoff or Not!”