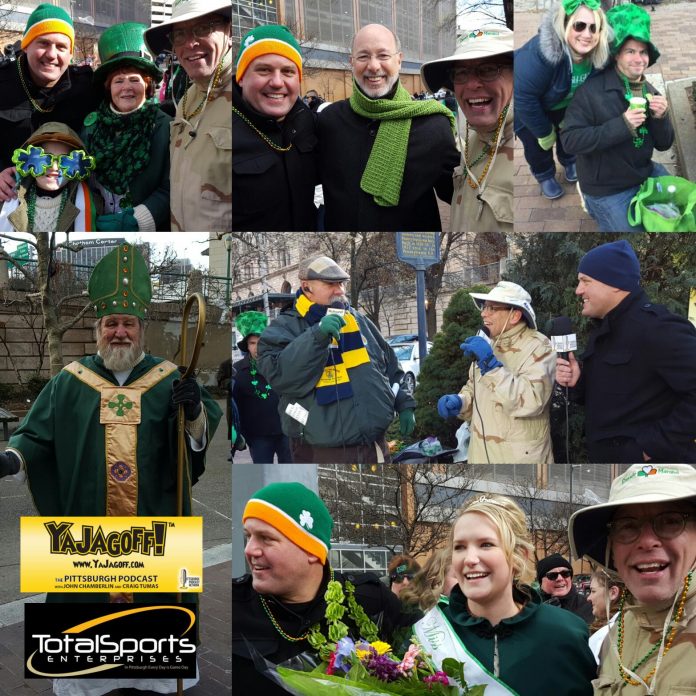 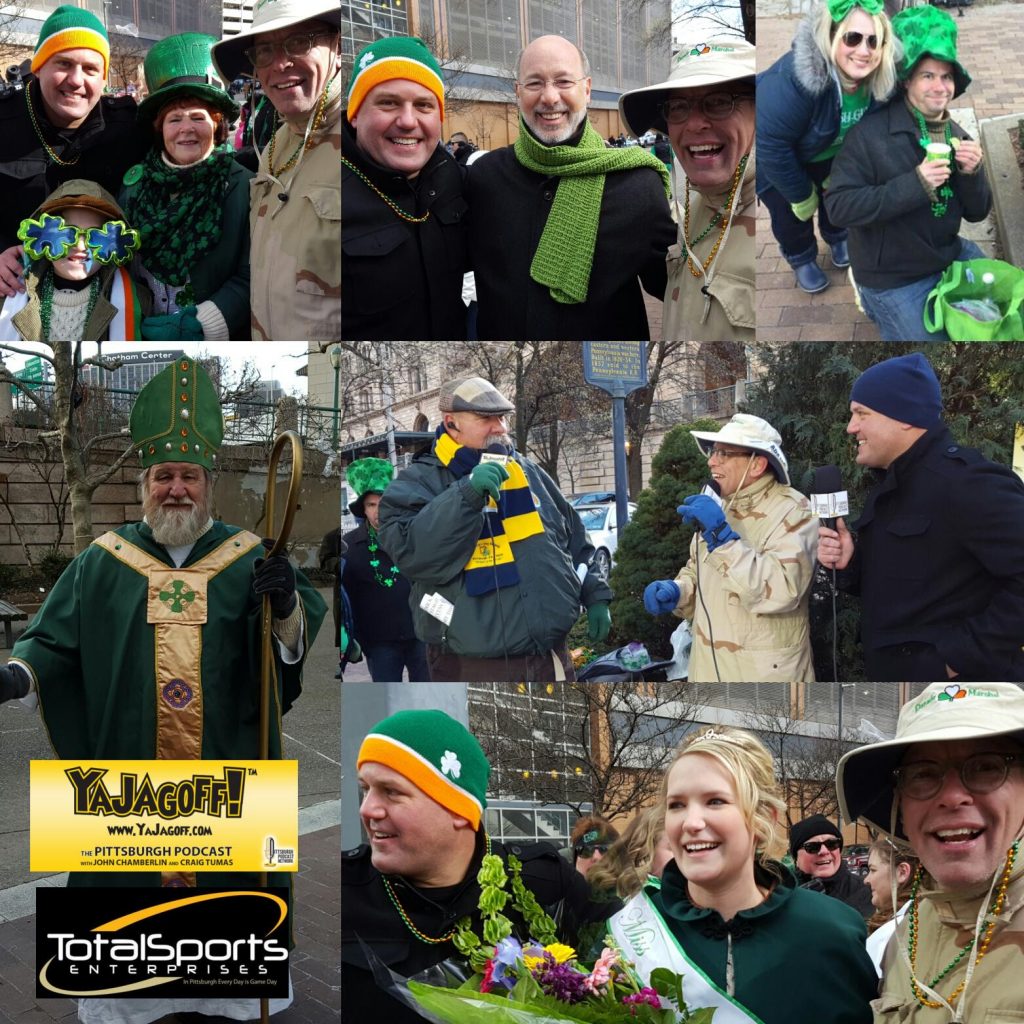 We somehow got into the VIP section of the St. Patrick’s Day Parade line-up and FROZE our hands and feet and faces off BUT…. It was all for you.  We talked to the Governor Tom Wolf, Big Mac and St. Patrick (we even came up with a Shear the St. Patrick Beard fundraiser), Ms. Smiling Irish Eyes, Sydney Diulus, some random visitors from the State of Virginia, Leprechaun Peg Harkins and her grandson Sean aaaaaaaaaaaaaaaaand… our friends Jill and Chris from upruv have some Irish drinks to sample!

Listen to the the podcast via the player bar below.

If you don’t see the player bar above, click the one below and listen while you work!

00:38   We are next the the Greyhound Bus station in downtown Pittsburgh.  It’s cold but, we’re ready to roll from the starting point of the Pittsburgh St. Patrick’s Day Parade.

First up, Parade Director, Big Mac and St. Patrick (who people typically mistake as the Pope!  What Irish luck are they brining to all of us??

Jaromir Jagr will be signing for fans at the mall at Robinson lower level near Sears. Tickets are still available at tseshop.com and by calling 412 747—7703.

upgruv.com so why WOULDN’T we have them at the parade with us! Includes Lucky Charms Jell-O shots.

13:45   #ManCaveMarch and Jaromir Jagr signing info from Total Sports Enterprises. How do you win the Troy Polamalu signed canvas?

14:49   Pittsburgh “First-timers,” Stacey and Samantha from Virginia!  They heard about Pittsburgh and all of the cool stuff here so……. they came! So we gave them front row tickets to our podcast!

18:54   Pennsylvania Governor, Tom Wolf! He’s reppin’ York County! Can we get invited to the Governor’s Mansion????

21:45   Peggy Harkins, Leprechaun.. has been in the parade 29 years and her grandson Sean who’s on his 5th parade!

#YaJagoffPodcast/ A Check-in with Chains of Command

YaJagoff Podcast, Episode 88 – We are FlyBy5K-ing and Discovering the...