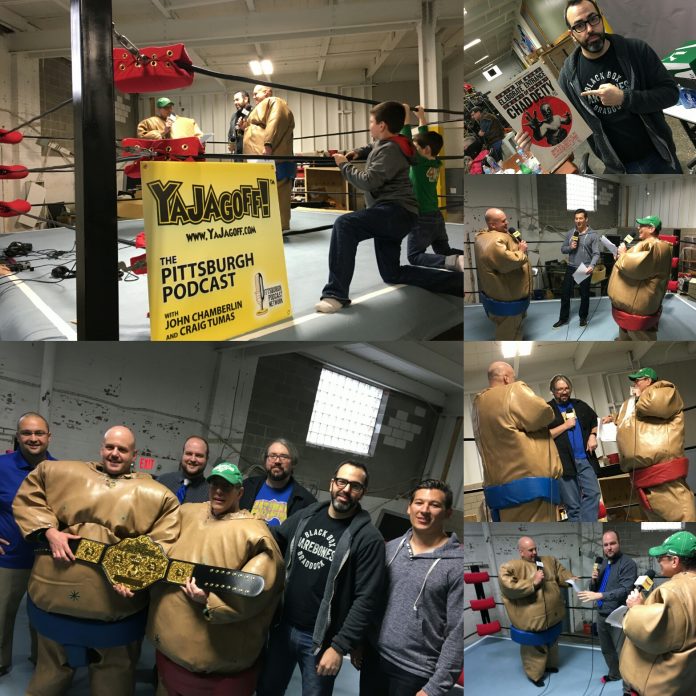 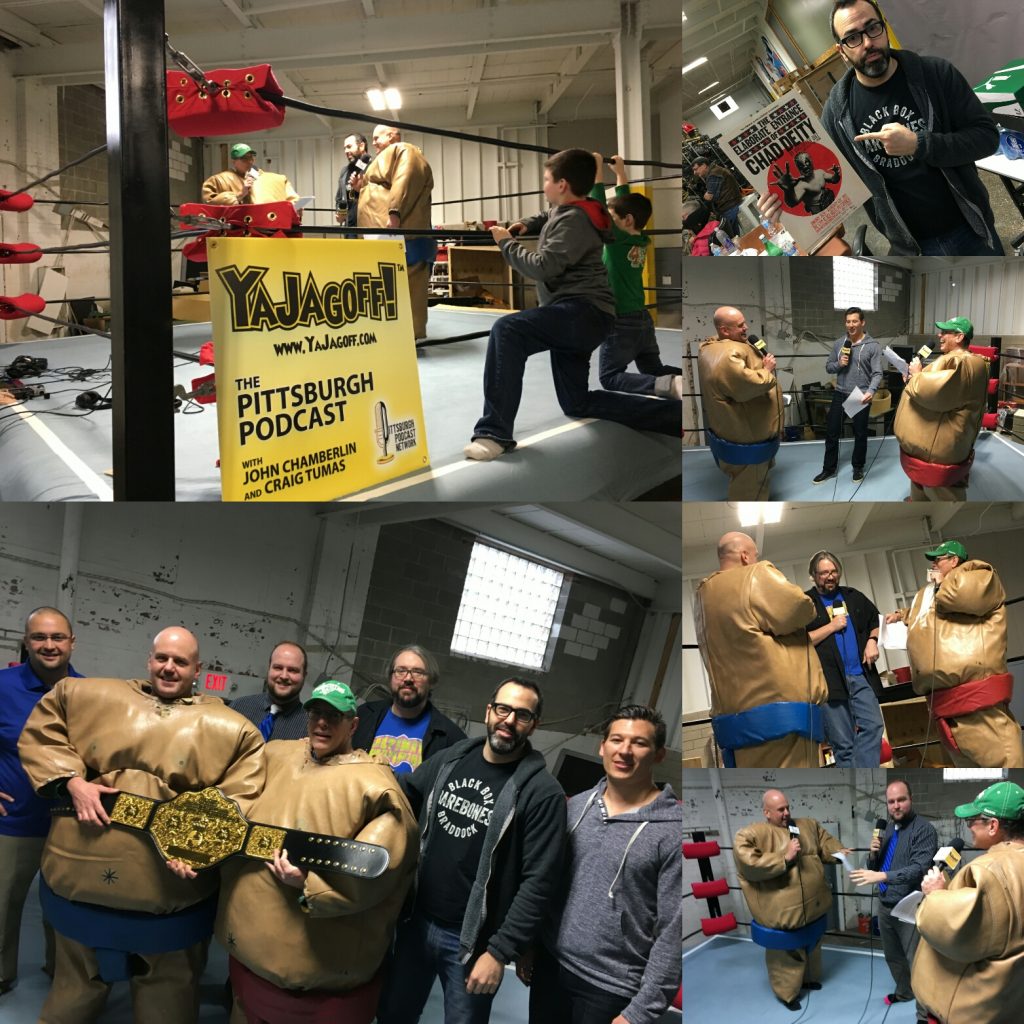 Our first podcast of 2017 is from the middle of a real wrestling ring and, we’re talking about a new wrestling play coming to Pittsburgh, a humongous sumo wrestling fundraiser at Stage AE, how Pittsburgh is a part of the pro-wrestling scene and a project to collect stories of the old Pittsburgh Studio Wrestling!

LISTEN to the Podcast by hitting the PLAY ARROW below:

If you don’t see the Player Bar above, click the one below.

00:00 Open John and Craig are in the middle of an actual wrestling ring doing the interviews while in Sumo Wrestling outfits (provided by our buds at Everyone Loves Fun Entertainment)!

05:50 Patrick Jordan-Producer/Director of a wrestling play to be performed at the Ace Hotel Gym, January 26th – Feburary 4th “The Elaborate Entrance of Chad Deity”

13:33 Brandon Meuller, President of Seubert and Associates is going to be part of Sumo Showdown.. CEOs vs. Celebrities in sumo wrestling matches AND two professional sumo wrestlers at Stage AE this weekend. Tickets/times here.

20:03 Justin LaBar is a locally-based WWE, podcaster, co-host of Wrestling Reality video blog, writer for upgruv and, in his terms, official “wrestling nerd.” One question we DON’T ask him ….. “is wrestling real?” but we DO get his favorite finishing move!

32:31 Mike Sorg of Awesomecast and Wrestling Mayhem Show talks about his current project to recruit people to tell their stories about the old Pittsburgh Studio Wrestling!

43:26 Daniel Frankel, our friend from Everyone Loves Fun, who have us our Sumo Suits, give us HIS favorite wrestling name!

Thanks to our awesome ring announcer, Frank Murgia!

How to Listen Regularly:
All shows are free and available to listen 24/7/365 worldwide. Audio On-Demand in-your-hand, on smartphone, tablet, laptop and desktop computers.

YaJagoff Podcast, Episode 67 – “Kennywood’s Open and So Is The...