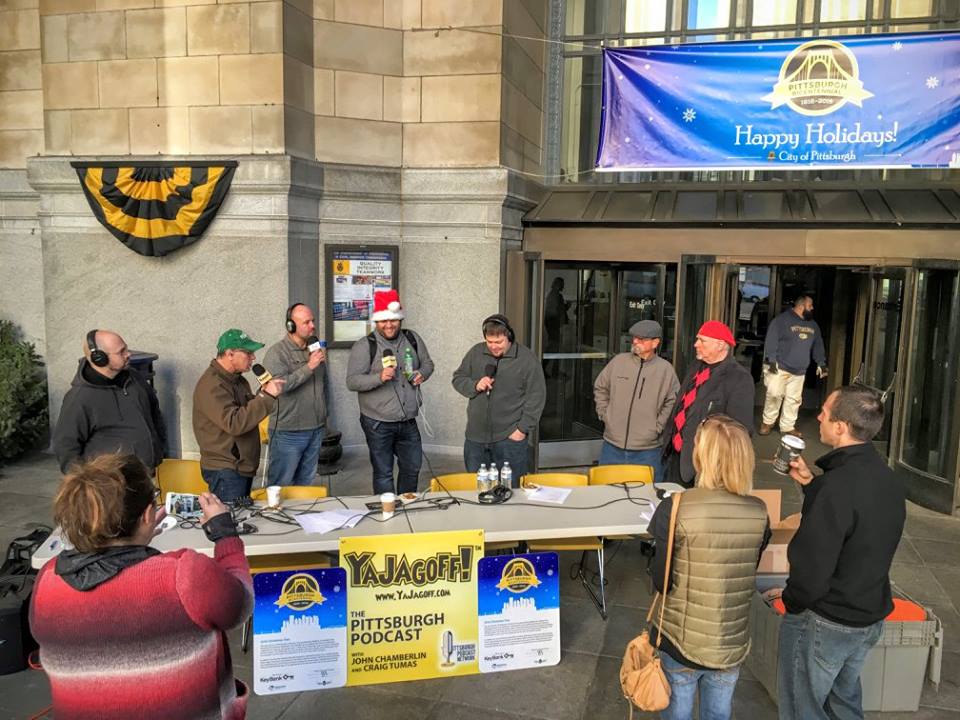 It’s a Christmas tree delivery! We’ve upgraded from the Summer Porch Tour to a Christmas Porte-Cochère tour at the City-County Building on Grant Street. We podcasted while the big tree was delivered and had pulled pork, hot chocolate, the Jagoff National Choir led by Johnny and Bubba of Johnny Angel and the Halos. And since it’s voting season, we vote… real Christmas tree or fake Christmas tree? 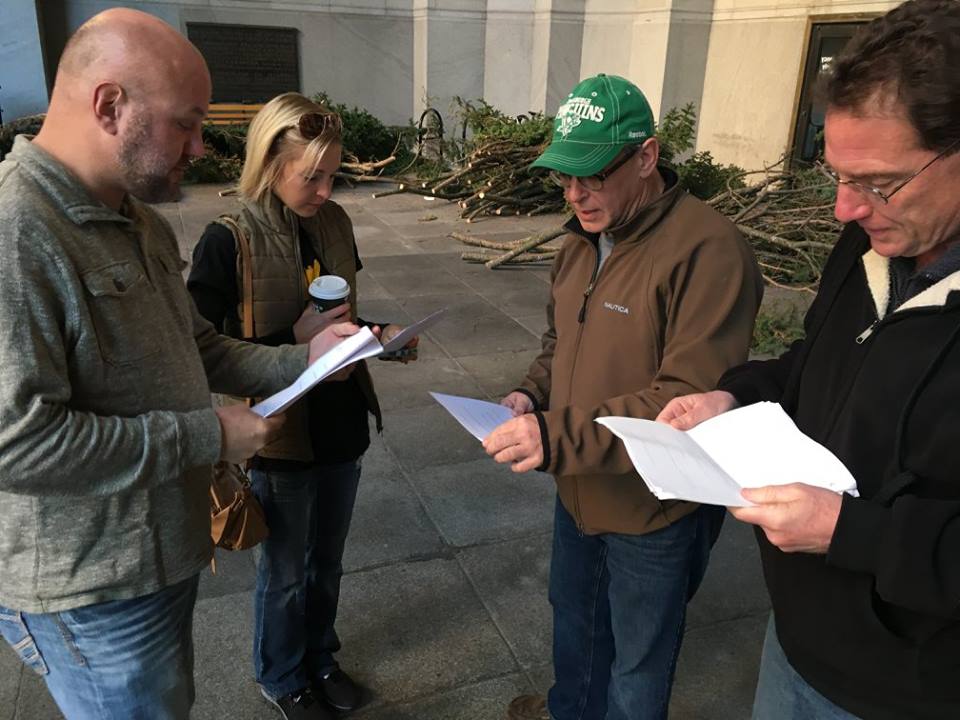 Music: Live Music Again! The Jagoff National Choir led by Bubba and Johnny of Johnny Angel and the Halos

03:00 James Hill, Special Assistant to Mayor Peduto, talks about the huuuuuge tree and why HE was blessed to be on our podcast at 8am on a Saturday morning!

24:00 Douglas Derda, Should I Drink That Podcast and YinzLoveBBQ.com is a proxy rep for The Food Tasters and yaks about the BBQ pulled pork from Hog’s Head Bar and Grill.

30:40 Johnny Angel and Bubba talk to us about how they got their arms twisted to wake up early and sing for all us jagoffs.

36:50 One last song….. get ready for the season, “Santa Claus is Comin’ DAHNTAHN!” Thanks to Markowtiz Communications and James Hill for inviting us to be a part of this.

Ways to LISTEN:
All shows on the “Pittsburgh Podcast Network” are free and available to listen 24/7/365 worldwide. Audio-On-Demand in-your-hand, on smartphone, tablet, laptop and desktop computers.

VIEW the Episode MovieMix of photo and video Highlights.